All Kinds of Everything: a history of Eurovision Postcards Written by John Egan on May 22, 2015

We love the music, and the voting ramps up the excitement (usually). But there are other elements of the Eurovision Song Contest that are also hotly anticipated by the hard-core fans: the opening, the interval act, the winner’s reprise from last year, and, of course, the postcards! Since their introduction over 40 years ago these 60-second clips have become a much loved element of each year’s Contest. John Egan gives us a run-down on the evolution of the post card.

Few outside the Eurovision “bubble” fully appreciate the intensity of producing multiple live, multi-hour broadcasts in one week each May. To many viewers each year’s postcards perhaps seem like a lovely time filler; in fact, they serve multiple purposes for both the production team and the viewing audience.

Consider this: in today’s Song Contest there is approximately one minute between entries, during which the previous act (and any equipment) has to be removed, the stage cleaned (glitter and high heels can be a treacherous combination), and the set-up for the next act put into place. On the 23rd of May this will happen 27 times, before each entry.

The producers could (and have) used the hosts to fill this time. But beginning with 1970, the television audience were treated to our first set of postcards.  There are numerous postcards each year; each year’s set has at least one common theme. These themes can include tourism promotion, the competing artists, or elements of producing the Contest. Some years have seen a blending of multiple themes, or the use of a metaphor.

As the Eurovision Song Contest has evolved, so have the postcards. Let’s take a look!

With a total of 50 performances this year we could have as many as 43 postcards, if the producers wanted each one to be unique (in Vienna there will also be two longer intermissions in each show to allow advertising breaks for those broadcasters who rely on ad revenue).  However if your theme is the artists, the number of entries you have equals the number of postcards: therefore this year there are 40. This means that some postcards—those of qualifiers from the two semi-finals in Vienna—will be reused in the Grand Final.

This year also features a second theme, the nine regions of Austria, and a metaphor, snail mail. In each postcard the artists receive a parcel from Austria in their host countries. The object in each parcel is a clue to their upcoming, uniquely Austrian experience. In addition to offering a more naturalistic, relaxed portrayal of each act, the viewers get exposed to a broad range of holiday ideas. As well, a purposeful selection of sport, culture, economics, science, tradition and modern is featured. This is part of brand Vienna for this year’s Contest.

The 1970 Amsterdam Contest—the first to use postcards—had 12 postcards to introduce its 12 artists. Host broadcaster NOS faced a huge challenge back then: because of the previous year’s infamous four-way tie for first place, several countries had withdrawn (there were 16 acts in Madrid). The Dutch therefore needed to fill a lot of airtime; as a result the postcards were significantly longer than 60 seconds. In these earlier years of the Contest, each song was introduced by the hosts. A decade later, when NOS hosted again from The Hague, there were no postcards!

Although postcards appeared from time to time in the 70s and 80s, they gained particular prominence from the 1990s onward. In 1990 Zagreb’s postcards featured pan-Yugoslavian tourist sites and an official mascot, Eurocat. 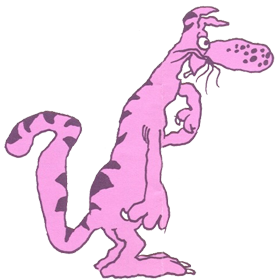 In Rome one year later each artist sang a snippet of a different, well known Italian pop song. Malmö 1992 chose to focus on the competing countries, rather than artists. The following year in Millstreet RTÉ had the artists experience elements of Irish life, both rural and urban, including a range of crafts and industries.

Throughout the 1990s more and more countries wanted to participate as both Yugoslavia the Soviet Union collapsed. The production became more streamlined and focused out of necessity. Transitions between entries were compressed; the hosts focused on the opening, the interval and the voting, rather than introducing each entry.

Tallinn’s 2002 postcards were the first to use a metaphor. While also promoting Estonian tourism and industry, each briefly retold a famous fairytale. In Riga the following year, the producers tried to film and edit all the artist focused postcards in the week prior to the Contest (to save money); as a result, some featured rehearsal footage rather than the artists at sites around Latvia since the production team ran out of time.

Belgrade 2008 used innovative, creative ways of making the flag for each participant.  Each clip ended the Belgrade logo as its postage.

However, the Oslo 2010 postcards kicked things up a notch. Inspired by swarming birds, a set of suspended balls in the arena were animated to swoop into the map of the next participant. Next they cut to a brief clip of a flash mob of supporters of that participant. Next they cut to the participant waiting to mount the stage. Finally the suspended balls morphed into the flag of the participant. Had this not been masterfully done, they would have been distracting rather than captivating.

Very flash! The rest of the noughties featured some variation of the artists and the hosts. With one significant exception…

However, in addition to whatever themes or metaphor have been used, one more element has appeared persistently: the workforce. Since 2000 most years have featured at least one postcard that focuses on the volunteers and paid staff who have worked tirelessly for months to ensure everything works seamlessly during the rehearsals and live shows.

As you watch the live shows this week, think about the time required to produce these postcards. For Vienna 2015 all the artists were brought to Austria for a video shoot; subsequently each shoot had to be post-produced and edited. They had to be uniform in terms of time; they needed to have continuity across them all, whilst not appearing too similar.

And whilst they appear on your screen a small army of staff are beavering away to ensure the next potential Eurovision champion is ready for their three minutes of glory!