The man behind @esc2015cp is Gregor Barcal, the scriptwriter for the 2015 Eurovision Song Contest. The Eurovision world has been following the online accounts of ORF’s Creative Producer for this year’s Song Contest over the last year. What does it take to help drive the Contest forward? How can one voice make a difference? And how can you build a career that gives you an opportunity to contribute to one of the world’s biggest TV shows.

After a lot of diary juggling, Barcal graciously took an hour out of his schedule to sit down to record another of our ‘In-Depth Insight’ podcasts looking at the driving forces behind the Song Contest.

Gregor Barcal is the Creative Producer and Script Writer of the 2015 Eurovision Song Contest. Ewan Spence spends an hour with one of the driving forces behind this year’s show to find out more about his career, how ESC is created, and if there are any rhyming couplets planned…

In-Depth Insights are long-form interviews that allow us to find out much more the people who contribute to the Eurovision Song Contest, and we will be running a number of hour long podcast episodes in the run up to to the Grand Final on May 23rd! 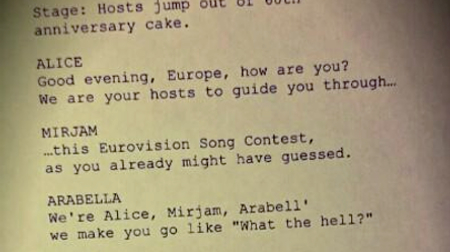 Don’t miss an episode of the ESC Insight Podcasts by subscribing to the RSS feed dedicated to the podcasts. iTunes users can find us in the iTunes Store and get the show automatically downloaded to your computer. We’ll be here for the rest of the new Eurovision season, with podcasts, news, articles, newsletters, and more.