Does A National Final Help To Find The Best Eurovision Song? Written by Ben Robertson on May 15, 2015 | 3 Comments

The quest to find the best song for your country can be attempted in many ways. Some countries spend months going through huge competitions to whittle down thousands of entries into one final victor which will carry the responsibility of representing their nation in the Eurovision Song Contest. Others prefer a more simple option of just selecting one artist or songwriter and giving them the creative freedom to create their own entry. In 2014 nine songs in the Grand Final, the highest since Semi Finals began, were selected through so-called Internal Selections. Are these a better option for selecting your Eurovision entry? Ben Robertson investigates.

Methods In The Madness

What we are going to try and do is work out which process,  a National Final or an Internal Selection, is the best and most successful format to select a Eurovision entry. Our analysis will seek to answer two key questions. Firstly which method is the best to find an entry to qualify, and secondly which type of entry is more likely to score well in the Grand Final.

We have to make judgements about which category some songs are, and the distinction is often quite blurred. For example this year in Serbia Vladimir Graic has been selected internally as the songwriter for the Serbian Eurovision entry. However as he will offer a choice of three possible songs for the public to pick from, this is counted as a National Final. Our constraint is that any song where there has been a televised choice between at least two different songs counts towards the totals of National Final entries. 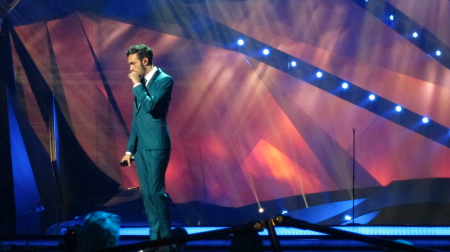 Marco Mengoni may have been the winner of San Remo 2013, but officially he was internally selected to represent Italy in Malmö and he selected which song he would like to sing

We also need to account for the fact that different numbers of countries take part in the competition each year to ensure that some years are not overly advantaged above others. We therefore consider this in our calculations and present mean (averages) and standard deviations (measures of the data spread) assuming a 40 song Eurovision Song Contest.

The majority of songs in the Eurovision Song Contest over the last eleven editions have been selected in a National Final format. When we look at the qualification rates we see that National Final selections have a better success rate in reaching the Grand Final. 54% of these songs advance to the Grand Final compared to 47% of those entries that are internally selected.

This difference though is small, so we choose to investigate only those countries which change their mind about the selection process. The Scandinavian nations hold selection shows as an embedded and unmoveable part of their culture. Other countries like Azerbaijan and San Marino have always taken part using a process of selecting the song internally.

A more in-depth analysis may look at those countries which have changed their selection procedure in different years. However even this process reveals little about which method gives the best results. Of the 17 countries who have taken part in Semi Finals with at least two songs selected internally and from a National Final we find 7 countries have a better qualification record with National Finals, 5 are more successful via Internal Selection and 5 see no difference.

We may see a slight bias towards the songs from National Finals, but we do not have clear cut evidence to say it is far superior. 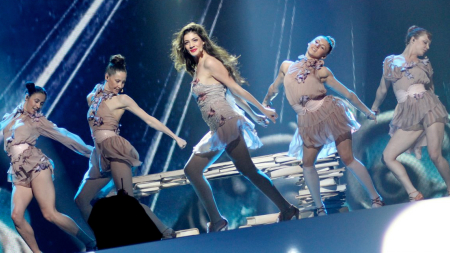 Ivi Amadou was selected internally, but La La Love won the three song National Final to be the entry that she would sing in Baku

If we look at the Grand Final, we again see a slight but noticeable trend that one of the formats is more successful, however this is instead the idea that the songs that are internally selected do better.

In a 40 song Eurovision we would expect from past trends a National Final selected entry to score 91 points, with a Eurovision song selected internally averaging 108 points. It is a small but a noticeable difference between the two scores.

Combining these results to the statistics we uncovered from the qualification rates leads us to suggest internally selected Eurovision songs are more likely to do really well or really badly in the Song Contest. They are less likely to qualify, but are more likely to do well if they do reach the final. This is confirmed by calculating the standard deviations of songs in the Grand Final. The standard deviation for songs from national selections is 70, but is 75 for songs selected without such process. The bigger number here suggests a bigger spread in results for those songs are internally selected. 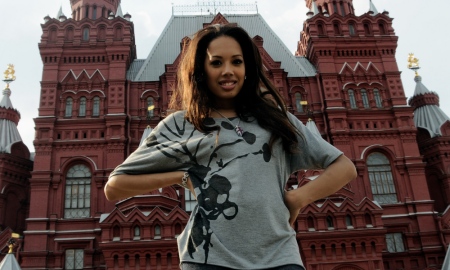 Jade Ewen performed the internally selected ‘My Time’ to the UK’s highest place since 2002.

Yes we can see some differences between the two different processes in terms of results, but we must make it clear that these differences are small and are not statistically significant.

Advantages come from both methods. With National Finals songs are tested against a similar audience to the Eurovision experience which gives an increased sense of suitability. Acts are proven that they are able to deliver live and attract support so people want to vote for them. On the other hand an internal selection gives full control to the team to create whatever they want to deliver on stage and gives them further time to create their three minutes on stage. These factors we can certainly see in the top two from last year. The Common Linnets created their own mark on the Eurovision stage without needing to constrain their image and ideas through a Dutch National Final, and Conchita Wurst had time to find the best possible song which only landed on her team’s lap in the final countdown to the deadline for song submissions.

Any country looking to re-consider how they find their Eurovision song will not find a definitive answer through the question of running a National Final or not. However they should look for inspiration from those countries that do well currently. Sweden’s record of three top 3 placings in four years can be matched to the inclusion of rigorous juries from across the continent taking their place in Melodifestivalen. The surge from the Netherlands in recent years comes from the high level of talent that are being successfully encouraged to put their careers on the line for an appearance in the Eurovision Song Contest.

It is not about which method you use, it is about ensuring you as a delegation follow through with that method with the highest possible quality to squeeze out every last possible point.

3 responses to “Does A National Final Help To Find The Best Eurovision Song?”