Junior Eurovision Appeals To The MTV Generation And To Teenage Music Written by Debbie O'Hare on November 4, 2014 | 1 Comment

One of the important considerations around the music and presentation of the Junior Eurovision Song Contest is the target audience. The mid-teen targeting of JESC means that the impact of many of the Contest’s innovations will be lost on the Carola-fuelled fans of the Adult Contest. Debbie O’Hare sets out the musical scene for the benefit of anyone who watched Barbara Dex singing live.

It’s always good to start at the beginning. The Junior Eurovision Song Contest is a competition who’s contestants are aged between ten and fifteen years old, but exactly who is the show aimed at? What age is the natural target audience, and how does Junior Eurovision reel them in naturally?

According to the Junior Eurovision Steering Group, the age of the average viewer is fourteen years old, and it is becoming apparent that this is the age group that Malta 2014 is targeting. Why does Junior perform so well with this demographic?

Music is a large part of a teenager’s life. In these modern times there’s more than a fan club and a printed magazine once a quarter in the post. They have self-organised to form fandoms and online fan communities via social media which unites fans groups from all over the world. And through this, it proves a brilliant way for unknown artists to get known, first in small groups, and then amplified by these groups online. Teenage fans seem to know anything and everything about their favorite bands and artists.

So, dear reader, does that sound familiar at all?

The rise of social media has went hand in hand with the ‘reality TV music show’ genre which continues to grow new shows across Europe – think The X-Factor from the UK, The Voice in the Netherlands, Amici from Italy, and HaKokhav HaBa from Israel.

The acts that started out on those shows and who have found success after the big finale episode are the acts who have managed to connect and create a fan base, often with fans who have been with them since their very first audition. As it is with Junior Eurovision, the countries with national selections have created a new fan base for each new act. Even countries such as San Marino have tapped into this, with a TV show dedicated to find its representative.

The echoes of adult National Finals and music-based reality TV demonstrates that this age group of fans will continue to support their chosen act, but also the parent show itself. Junior Eurovision has already harnessed that love, and our Contest will only grow in popularity and interest because of it. 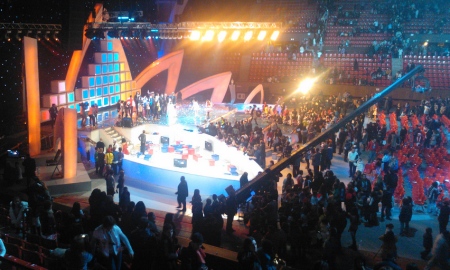 The end of Junior Eurovision 2011

Junior Eurovision also has the potential to harness cross-border appeal. The draw of shows such as the ever popular, all-singing, all-dancing Violetta on the Spanish Disney Channel is a great comparison. This show is broadcast in six different languages (Spanish, English, Russian, Italian, French and Portuguese) and includes six different recordings of the opening theme tune. Through this, it introduces children and teens to new cultures and languages. This has proved hugely popular as Violetta is one of the top rated Disney shows around the whole of Europe.

Here’s another approach that Junior Eurovision is consciously echoing.

The Impact Of Reality TV And Teen Marketing… On The Bands

Take the case of One Direction. A young band, put together from a number of solo candidates in the 2010 UK edition of The X-Factor. The boys all battled though the early rounds, picking up the all-important fan bases who would cheer-lead for each member. Combining that star power and the online community gave them a rocket of a kickstart.

The long process of The X-Factor gave them time to become established outside of the UK via social media, with tens of thousands of YouTube views for each performance. And yes, the majority of those views were from teenagers.

There is nothing stopping Junior Eurovision finding something special in Malta this year. Each country has the hardcore fan base in place, the media activities in the week leading up to the Contest in the Shipyard will feed the community, and it would only take a spark of ‘the right stuff’ to launch a career on the back of the world’ biggest singing competition for young talent.

It’s A Nice Day For A White Wedding

While the principle has always been there from the days of Billy Fury, Eddie Cochrane, and earlier, the idea of having an ‘idol’ seems to be paramount for teenagers these days [all over social media, you can see Taylor Swift fans calling her their ‘idol’]. Someone to look up to and to aspire to be. This can be seen all over the activities of music fans on social networking sites, and is more visible coming from the teenage fans. The people who these fans seem to look up to more are the people who we have seen go though reality music shows. As their story has played out on screen, it gives their fans a sense of ownership and shared experiences,  as though they have gone through an important part of their lives. 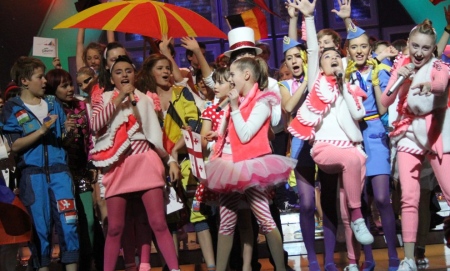 As the competition grows, so do the web and fan sites and social media numbers. Interest is then spread across the whole of Europe and again even as far as Austria with a broadcast of the show happening over there too. The more interest created can only promise more countries wanting to take part, and bigger and better shows year by year!