Sony Norway To Pull Out Of Melodi Grand Prix And Eurovision Over Compilation CD Unbundling Written by Ewan Spence on June 11, 2014 | 5 Comments

Although the EBU has a deal in place with Universal Records in regards to the official CD, DVD, and digital sales since 2004, recent changes to the partnership are being questioned by Norwegian broadcaster NRK, with Sony ready to withdraw from National Finals and the Eurovision Song Contest.

The issue is over the ‘unbundling’ of individual tracks in the compilation CD. A CD which remains bundled can only be bought in its entirety – anyone looking for an individual track has to look for the single release online. An unbundled CD allows a customer to buy just the tracks they want, including single tracks. For the 2014 Song Contest, the EBU’s agreement with Universal was altered to allow the compilation CD to be unbundled.

This has lead to the awkward situation where an artist who is not signed to Universal is creating revenue for Universal via the Eurovision compilation CD and reducing the revenue offered to their own label.

Carl Espen was at the sharp end of this, as he was signed to Sony Norway. ‘Silent Storm‘ featured in the iTunes Top Ten under two different version, the EBU compilation CD (Universal), and the single release (Sony). Norwegian publication VG reports that Sony have been reluctant to promote Carl Espen across Europe as the majority of sales and therefore revenue would have gone to Universal via the EBU compilation CD . 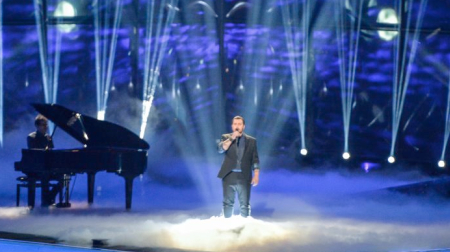 And there’s a silent storm inside me… (picture: Andreas Putting / EBU)

Romanian representative Ovi is signed to daWorks, and President Jørn Dalchow has looked at the breakdown in revenue for  VG. Four out of five digital sales are going to the compilation CD, with the remaining slice going to the single release.

As a result of this, Dalchow and daWorks will not be submitting entries to Melodi Grand Prix this year – and the implication being that daWorks would not be working with any National Final contender while he EBU/Universal unbundling clause is in effect.

As well as withdrawing from Melodi Grand Prix, Sony are considering a complete withdrawal from participating in Eurovision. Sony artists at the 2014 Contest included Norway’s Carl Espen and Finland’s SoftEngine. Warner Music supports Sony and daWorks, and while they have not confirmed their involvement with Eurovision 2015, it is this writer’s opinion that this will be under consideration.

NRK’s Stian Malme spoke to ESC Insight, and confirmed that NRK are opposed to the unbundling clause. “We think it is the wrong way to go by the EBU, and we are in dialogue with the EBU to get them to remove this new rule before it damages the National Finals in several countries. We are very concerned about what will happen to MGP in Norway if this agreement continues in its current form.” Malme is NRK’s ​​project manager for the Eurovision Song Contest.

This evening an EBU spokesperson confirmed to ESC Insight that the unbundling clause was new for 2014. “[The] EBU and Universal have been teaming up on the official CD, DVD and digital sales since 2004. The EBU claim non-exclusive unbundled sales rights for obvious reason.” Those obvious reasons are “…to provide a better service to the public, to download individual tracks right from the online compilation. We believe this also gives all artists a fair shot at having online chart success.” 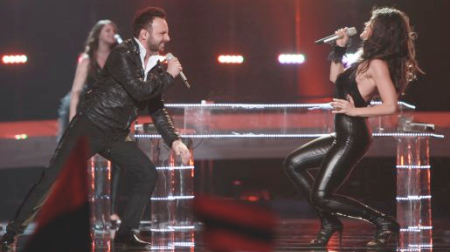 Are the EBU and Universal playing with fire?

The Eurovision Song Contest is one of the largest platforms that an artist can have, but it is also a platform for many more people in the music industry, including songwriters, producers, indie and major labels, and many more people besides. The concentration of revenue to one partner through the unbundling clause is having a negative effect on the Song Contest.

There have been huge efforts by broadcasters across Europe to involve as much of the music industry as possible. It appears that continuing to unbundle the compilation CD will damage those efforts, having a negative effect on the field of songs entering for 2015, and weakening the quality of the 60th edition of the Eurovision Song Contest.

We have asked various parties for further comment, and will bring you more as this story develops here on the main ESC Insight website and via our Tumblr account.