There’s a thriving community of Eurovision fans out on Tumblr and Twitter, including the ‘next generation’ who are just discovering the Contest in the last few years. One of the passionate voices is singer and dancer Emily Herbert. Keeping an eye on the Song Contest world at Only-Eurovision, the question to the teenage Contest fan, as always, is “Why Eurovision?”

For me, Eurovision isn’t just Saturday night entertainment. Not anymore, anyway. Currently, I dedicate my time to researching songs from the different countries, listening to radio shows and watching Semi-Finals, National Finals and  country selections, and the big Saturday night itself. I’d always loved watching it, and learning about various countries proved to be educational.

My earliest Eurovision memory is probably watching the “Scary monsters” from Finland, also known as Lordi, perform the winning song ‘Hard Rock Hallelujah‘ back in Athens, Greece in 2006. I was a mere eight years old, watching the family television with my mum and sisters, as always. I’d always liked their song, but they did scare me as a child. 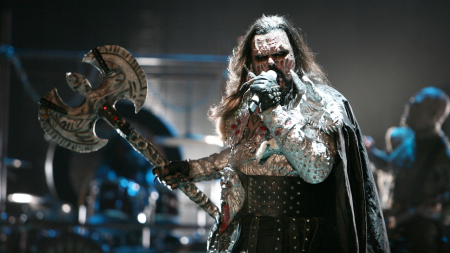 Fast forward to 2007 and there I was again,  this time I was a year older, and at the time I’d started performing myself at a then rather small performing arts school – that is where I found my singing talent. I became more interested in watching others perform, I thought it would help me with my own performing. The only two acts I remember was Verka Serduchka from Ukraine, the crazy man in a bright foil-like outfit with similar backing dancers, and the winner, Marija Serifovic from Serbia.

I didn’t remember much from 2008. My main memory is watching a man sing as another man ice-skated around him. Turned out this was Dima Bilan from Russia with ‘Believe’, which won the Contest.

2009, on the other hand, I remember well. That was the year that my country sent Jade Ewen, after letting the nation have a say on our entry via a National Final. That proved a good decision, as Jade finished fifth with her beautiful song (written by Andrew Lloyd-Webber) ‘It’s My Time‘. I always root for my own country, especially when I was younger and didn’t know any other countries, and I was so happy to see Jade racking up the points for the United Kingdom. Even though we did well, the violinist from Norway won with “Fairytale”. Alexander Rybak is now one of my favourite Eurovision contestants, as is the song. I used to go into school and play Fairytale on my phone whilst mimicking the violin playing action.

For some reason or another, I didn’t watch Eurovision 2010. Honestly, I don’t remember the reason why. The previous years, I’d watched Eurovision just because that was what my mum chose to put on the television. Let’s skip to 2011, where we sent in the well-known band Blue with ‘I Can’. To this day, it’s one of my favourite songs. When Bulgaria awarded 12 points to the United Kingdom, I cried with happiness. Many great songs were sent that year, but Ell and Nikki from Azerbaijan won with ‘Running Scared‘, which I liked, but did not think it deserved winning status. 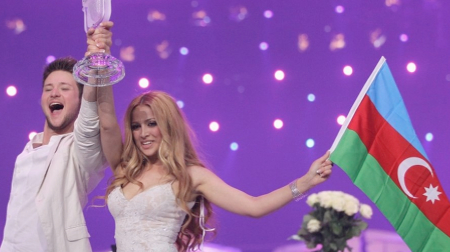 2012. I was 14 years old, and old enough to really understand the rules and exactly how the Song Contest worked. I’d started to memorise where the countries were on the map, their flags and official languages. I loved the Baku Crystal Hall. I loved how the lights along the outside lit up with the countries flags when they were to perform. I loved the position of the greenrooms. I loved the hosts. Most of all, the songs from that year were fantastic. From the Russian Grannies to Valentina Monetta singing about Facebook, Baku 2012 was one of my favourite years.

Unfortunately, it was not such a great year for the United Kingdom. We’d sent old Engelbert Humperdinck with his song ‘Love Will Set You Free’. Now, I have nothing against this song. I quite enjoyed it. Though it was a huge disadvantage that he performed first, and in the end, we came second to last, just in front of Tooji from Norway, who definitely did not deserve last position! Loreen with ‘Euphoria‘ from Sweden won, of course. It was a very successful song, not just in the contest, but around the world.

Just the other day I’d heard it being played on BBC Radio One. 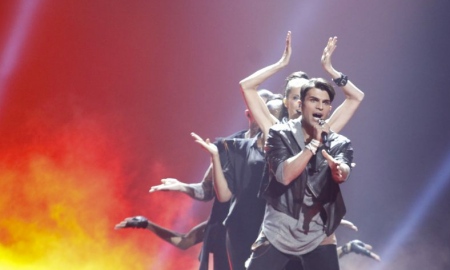 Tooji and a row of tents

Eurovision 2013 was one of the best years, in my opinion. This was the first time I’d watched the Semi-finals on BBC3, and “live-tweeted” on Twitter along with the rest of the world. I adored the idea of the logo being flag-themed butterflies. I cannot think of a single song from that year that I disliked. I wanted all of the songs to get through to the Final! I hadn’t reckoned much to Bonnie Tyler’s ‘Believe in Me‘, and I was afraid it’d be a repeat of the year prior. We did slightly better, coming 19th out of 26.

I have other Twitter and Tumblr accounts, but I couldn’t express my love for Eurovision enough on them, as my followers didn’t have the same passions as myself. So, I decided to make my Twitter (@Only_Eurovision) and my Tumblr (only-eurovision.tumblr.com) to purely post about the Contest and make new friends that are also fans.

In doing so, I found so many people from all across the globe with the same love for the Eurovision Song Contest and that helped me get more involved with the contest. When I first created my Tumblr, I made gifs of older performances by my favourite contestants; there was a lot of 2013 entries, I noticed. That helped me get noticed a bit as “being able to create something that not everyone could”.

I used (and still use) Twitter to get in touch with contestants, and to show my love for them. I always get a thrill when I get a reply or a retweet from any contestant; it makes me feel like they’re very connected with fans such as myself.

For me, the Eurovision Song Contest is not just an entertainment show. It’s a hobby and a passion. I’ve made so many new friends, learnt so much about different cultures and languages, and had so much fun. I hope to continue on the Eurovision journey for many years to come!

2 responses to “Why Eurovision: A Hobby, A Passion, And Some GIFs”