Europe’s Living A Cerration: The Least Favourite Eurovision Entry Of All Time Written by John Egan on March 31, 2014

In all the talk of winners, worthy songs, happy memories, and a general air of ‘life is wonderful’, John Egan wants to look somewhere else. We all know the songs that are the favourites, but what about the other end of the spectrum? What about the songs that nobody liked on the night? Is there ‘a least favourite song of all time?’ Egan crunches some numbers to ascertain Eurovision’s epic fail for all time. Or, at least, recently….

‘Tis the pain and loss of failure, the shame of the also-rans, the pariahs of the Eurovision Song Contest that are our focus here. If Europe loved Lordi, Loreen, and Lena, who did Europe loathe?

In 2003 some British fans – along with Terry Wogan himself – were convinced that Jemini’s dreaded null points was some sort of political response to the UK’s participation in the Iraq war. There were murmurs of sabotage with respect to sound monitors (yes, Eurovision musical terrorism), but eventually reason prevailed. After all, Gemma Abbey sang badly off-key for almost half of ‘Cry Baby‘, which was a decent song performed very badly. To put it in context, Malta’s pedestrian but competently performed ‘To Dream Again’ only managed four points that same year.

Malta has invaded no one, ever. 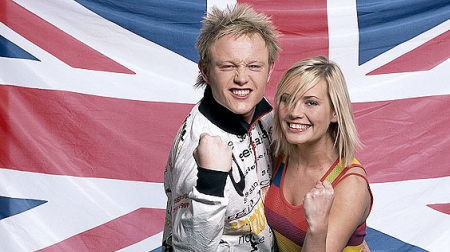 Since 2003 – which, by the way, was only the sixth time the winner of the Eurovision Song Contest was selected primarily through a popular televote – the format of the Song Contest has changed as the number of participating broadcasters has exploded. Through 2003 the largest single Contest had 26 entries; since 2004 between 36 and 43 broadcasters have participated each year.

Rather than rely on complex metrics, inferential statistics, or a Borda count, this analysis is rather straightforward: which entry in the televoting era was liked the least by Europe. That means which entry in the semi-final era—the 30+ entries per Contest era – received the lowest score from the greatest number of voting countries.

To keep it very simple, we have made no adjustments for the hybrid jury/televote systems (in various formats) implemented from 2010 onwards. After all, under the hybrid systems, if two songs have similar scores, the higher televote score means a higher ranking. That means the lowest ranked songs have done as badly (or worse) with televoters as with juries.  Bottom of the barrel is the bottom of the barrel. Let’s start scraping, shall we?

How do you get a really, really low score at the Eurovision?

There are a few strategies. First, you can do a Jemini and sing badly: hit some clunker notes, be off-key, or sing out of sync with the backing track. Or you can give a rather static performance of a not terribly interesting song: not perhaps a poor one, but nothing memorable or noteworthy. Third, singing in a language other than English – particularly if it’s a language that not many others watching the Eurovision understand – might not help either. Combine two or more of these things… you are probably in trouble.

In 2007 Serbia and Montenegro also voted, after the Beovizjia debacle where jury votes split along nationalist lines meant they had no entry.  For these years it was equally poor to finish at the bottom of the semi-final or Grand Final scoreboards: same number of voting countries, same level of rejection.

Beginning in 2008 we had two semi-finals, through which all but  the Big 4 and previous year’s winner (later the Big 5 plus winner) Grand Final entries were chosen. Under this new system, only countries participating in each semi-final and half the 5 or 6 automatic finalists voted in each semi. However, all countries that sent an entry that year—whether their entry got out of the semis or not—got to vote during the Grand Final. In other words, from 2008 onwards, getting a really low score in the semi-final was bad. But getting a really score in the Grand Final represented a particularly robust rejection by Europe.

This perhaps should have made it unlikely that any of the 20 qualifiers from the semi-finals would score risibly in the final—not impossible, but unlikely. The data, however, does not bear this out: several songs that qualified for the Grand Final from the year’s semi-finals, lose more than a bit of steam once Saturday rolls around.

Now it gets somewhat untidy. In terms of lowest score, it looks like Switzerland’ Piero and the MusicStar’s 2004 is Europe’s least favourite entry: although Piero sang in English, he didn’t sing very well, the song fairly limped along, and there was nothing memorable about how it was staged:

But zero from 32 countries? Surely Malta’s 2006 entry did worse. It certainly was the poorest performer in a Grand Final, with a single point from 36 voting countries. No surprise, given how badly off-key Fabrizio Faniello sang:

However, the Czech Republic’s 2007 entry by Kabát also only scored one point—and there were 42 other countries that could have voted for it. Heavy metal performed competently but statically is a tough sell at the Eurovision. Singing in Czech perhaps sealed their fate:

On balance, we have to give it to Kabát. Almost zero points from more countries. A few years later, Gipsy.cz’s “Aven Romale” managed the dreaded null points, but “only” in a semi-final with 20 voting countries. Singing in English did not help.

Why Me? Don’t Blame the Draw

By the way, if you were wondering if the draw matters much, Piero performed in the dreaded 3rd slot, Malta 2006 performed 7th,  and Czech Republic 2007  performed 16th. In each year there were also songs performed from similar spots in the draw that did well—top 10, in fact. So a late draw cannot save you, if you are unsalvageable.