EBU responds to Televote and Jury Irregularities from Malmö Written by Ewan Spence on February 6, 2014 | 3 Comments

This morning Eurovision.tv posted an article on the investigation of vote-rigging at the 2013 Eurovision Song Contest. Irregularities have been found in the televoting, and while no action will be taken in regards the 2013 result, broadcasters have now been put on notice for the 2014 Song Contest.

Along with the televoting issues from Malmö, an issue over the jury voting from the 2013 Song Contest has also been addressed today by the EBU.

That said, these are steps that would prevent the issues that happened last year occurring again. While reactive measures should always be put in place, the EBU have also put in place a number of proactive measures. Will these be enough to preserve the goodwill and sense of fair play that the Eurovision Song Contest has built up?

Jon Ola Sand, Executive Supervisor of the Eurovision Song Contest, now believes the video in circulation at the end of the 2013 contest showing votes being purchased for Azerbaijan in Lithuania is genuine.

“I was irritated, angry about it,” he told John Plunkett for The Guardian. “We did the investigation we could, but we don’t have the tools or the methods of the police. We are confident that the broadcaster itself is not involved.”

Procedures at voting partner Digame have been tightened to improve the legitimacy of the televote, although no further details on these procedure have been made available. 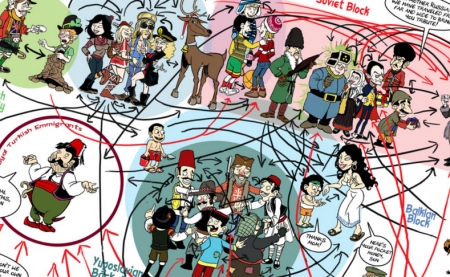 After the reveal of the split vote of the 2013 Contest, there were clear irregularity in the semi-final voting results – in short the maths would only work out if one jury had their vote annulled –  bonus points to EscXtra’s Ervin Juhasz for spotting that one. As part of today’s discussions, an EBU spokesman confirmed this was the case.

“One jury vote was cancelled out because of an error in the results. Standard procedure is to switch to full televoting in that case. We are not going into further details such as which country, and the rather technical details behind the reason, which is in line with the decision to not reveal the detailed split results in 2013.

The jury procedure has already been altered for the 2014 Contest, and shortly after we leave Copenhagen the individual jury rankings will be published on eurovision.tv, which will allow the full scoring tables to be analysed for the first time in many years.

As the Eurovision Song Contest moves towards the 60th Anniversary Show next year, the handling of ‘cheating’ at the Song Contest must be handled firmly and fairly, or it can threaten the good relations required between broadcasters and partners that hold the Contest together.

First of all, the Song Contest must be fair. Checks and balances need to be in place, with clear audit trails, accountability, and reporting at every level. The announcement today hands responsibility to the broadcasters in each country to be aware of these issues, much as football clubs in the 1980’s were deemed to be responsible for their fans if violence was to break out. A clear chain of possession and ownership of the issue appears to be in place.

Above and beyond that, the Song Contest must be seen to be fair. The procedures already in place and announced today may work, but if the watching public have no confidence in the result, then we all might as well not bother. The idea of a ‘fixed’ Contest is one of the automatic reactions to the Song Contest in the United Kingdom, which does not help the position of the Contest. If this germ of an idea was to take hold across the Continent, the Eurovision Brand would suffer great harm, and potentially fatal harm.

The best way to reinforce the message of a level playing field is to show it is level, and continue to show it is level. That required openness and visibility on all the issues around the Contest. It’s one reason we have called for the release of Jury votes for many years (and we’re glad to see it happening for 2014). More open data on the Contest is the best way to fight issues and allegations of corruption in the voting.

Finally, the Song Contest must follow through with any sanctions. As any parent knows, if you say “do that and you will go on the naughty step for three minutes”, then you must do it. If wrong-doing is found to be happening around Copenhagen, then the position that has been made clear today must be followed through.

If voting irregularities are detected before, during or after the contest in favour of any represented country, the Reference Group will automatically initiate procedures which carry a penalty of exclusion of the respective participating broadcaster from the contest for a maximum of three consecutive years.

If that means benching a country and forcing them to miss the 60th Anniversary Contest, even if that weakens the 2015 show, then so be it. There should be no abrogation of this punishment to a fine or a suspended sentence. The short-term pain of losing a country next year will need to be endured for the long-term good of the Contest. 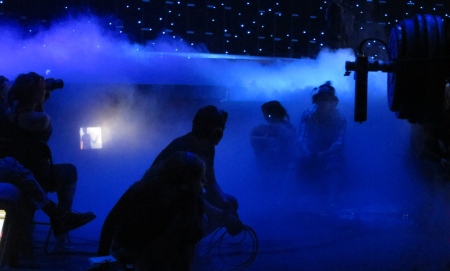 We need to see behind the sequins (picture: Ewan Spence)

The simple fact is that people keep score at the Eurovision Song Contest and there is value in winning the Contest. Human nature being what it is, every opportunity will be utilised to increase the chances of a victory.

Look at the money spent on promoting the songs around Europe each year; the money spent on stylists, trainers, and coaches. Look at the effort put in by many broadcasters for their entry – in some cases spending far more than it would cost to host a live music showcase in their own capital city; look at the prestige and long-term economic benefits winning and hosting the Contest can have.

The competitive entrant will seek every advantage they can find. Through an almost ‘gentleman’s agreement’, the broadcasters and partners have an understanding about which activities can be seen as legitimate, which are encouraged, and which of them cross the line. Part of the role of the Reference Group is to be proactive around these issues, and if that means codifying what can and cannot be done to promote songs at the Contest, then so be it.

I’m glad to see the EBU “prefer openness”,  and I hope that these words are taken to heart and we see a more open and transparent Contest in Copenhagen than we have in previous years.