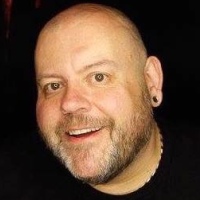 Eurovision and LGBT Rights: Is It a Party for Everybody? Written by Monty Moncrieff on May 18, 2013 | 4 Comments

The Eurovision Song Contest has long been known to enjoy a popular following with lesbian, gay, bisexual and trans (LGBT) audiences, but what role does the Contest itself play in advancing LGBT equality and rights beyond the dazzle of the stage and the frazzle of the voting. We asked Monty Moncreiff, CEO of London Friend, to explore the issues on ESC Insight.

I’ve long been a huge fan of the Contest, watching since I was a young child, partying since the early 90s and in recent years going to the show, almost like an annual pilgrimage. Even without the heavy emphasis in the Contest media of the myriad of attractions for the LGBT tourist in Malmö this year, it’s blatantly obvious that amongst the die-hard fans, based on population demographics, gay men in particular make up a massively disproportionate element of fan groups.

Conservatively, I’d put the estimate at about 75% of the ‘regulars’ who attend each year. This alone fascinates me, but alongside the question of why, there’s another I find myself asking: what impact does such a following have on LGBT rights? Can the Contest be a driver of equality?

In my day job I’m the Chief Executive of the UK’s oldest LGBT charity, London Friend, so the issue of LGBT equality is of enormous significance to me. It’s through visibility and social familiarity, helped by progressive legislation, that we’ve made the enormous strides we have in the UK and much of Western Europe in terms of equality.

As the ‘circus’ of fans and media surrounding the Contest has expanded over the past decade and a half, increasing the number of people able to attend, so too has the expansion of the event into newer territories found us venturing into countries with a huge appetite to embrace the show, but with different challenges for LGBT fans travelling to it.

Beyond The Valley Of Camp

Firstly let’s look at why the link is there: it’s not difficult to see why Eurovision appeals to the more stereotypical image of the LGBT ‘community’, with its colourful image and kitsch reputation, but to stall at camp is to paint a simplistic picture. Popularity amongst gay and bisexual men further distorts our view, for whilst they are truly ten-a-penny during Eurovision fortnight, I see far fewer lesbian or bisexual women tearing up the dance floor in the Euroclub, and rarely anyone with an openly trans history.

Within the show the full spectrum of our population is more evident with openly LGB singers such as Dina (Portugal 1992), Donna McCaul (Ireland 2005), Andreas Lundstedt (Switzerland 2006) and Duncan James (UK 2011) on stage, and even Christer Bjorkmann (Sweden 1992) progressing from performing to joining the current steering committee. From the broader range of trans identities we’ve see Sestre (Slovenia 2001) and DQ (Denmark 2007) perform in drag, and the first openly transsexual winner Dana International (Israel 1998) who truly advanced perceptions of trans people for many of the more casual viewers after her victory.

Perhaps our visibility and acceptance on screen is part of our loyalty and respect for the Contest? (Although with some of the men I’d swear it’s our love of statistics and lists…)

Despite being ostensibly an apolitical event, we have increasingly seen the event being used to highlight opinions on all sides of the political spectrum. Azerbaijan’s hosting duty last year attracted probably the greatest amount of scrutiny regarding their approach to human rights that we’ve yet seen in a host nation, and many fans voted with their feet and stayed at home. Amnesty International used Eurovision as a prism to campaign against the Azeri government, whilst veteran activist Peter Tatchell urged singers to speak out for freedom and accused the EBU of colluding with the government’s ‘spin’.

This year the links are somewhat different. Gay rights group Stonewall is encouraging teachers to use the international aspect of the event to educate about LGB equality, as well as host fundraising parties., whilst Finnish entrant Krista Siegfrids is using her song Marry Me to support same-sex marriage equality, a hot topic in parts of Europe right now. Based on her performances at the Amsterdam and London preview parties, we may be in for a ‘lesbian’ kiss onstage, likely to court considerably less controversy than the “will-they-won’t-they” antics of t.A.T.u. a decade ago.

The notion of Eurovision as a ‘gay parade’ was in stark contrast last year: during the Swedish Melodifestivalen the hosts sent up the idea with the interval act, itself a pastiche on the previous year’s opening number at the Tony Awards, proclaiming “det är inte bara börgarnas fest” (it’s not just a party for the gays). Meanwhile, as preparations continued in Baku, clerics in neighbouring Iran made their own thoughts very clear on just who they thought Eurovision was attracting to the area, withdrawing their ambassadors and claiming that a ‘gay parade’ would be hosted alongside the musical event. No such ‘parade’ happened, or was even planned, and it’s likely the rhetoric had its roots in the complex relationship between the Azeri and Iranian administrations. Nevertheless, the fear was sparked amongst many gay visitors.

The 2009 Contest in Moscow also hit headlines, further linking the event to LGBT rights. Following several unsuccessful attempts to stage a Pride event in the City, a protest was planned to coincide with the day of the Contest. Local police were swift to announce they would act to stop any unsanctioned events, and in the end the protest was largely uneventful, in contrast to earlier protests leading to the arrest of prominent campaigners and attacks by ultra-nationalist groups. The difference in European views was highlighted by one of 2009’s Dutch singers, Gordon from De Toppers, stating he would refuse to take part were the protest to be broken up violently. (The decision, as it happened, was out of Gordon’s hands after failing to qualify for the chance to take to the stage on the Saturday.)

A year earlier, as we prepared to travel to Belgrade, ugly warnings from the far-right nationalist group Obraz appeared in the press promising to mete out violence to visiting LGBT fans. The warning conflicted with the message of hope that Serbia had managed to create the previous year with singer Marija Serifovic taking victory with the most genuine display of same-sex attraction we’ve yet seen on a Eurovision stage. (The BBC’s Mark Savage pruriently called it “a slow motion lesbian porn film” whilst, chiding him, Germaine Greer praised her win as a triumph.) The reality of the Belgrade Contest was not widespread blood-letting, but there were a handful of reports of homophobic violence, and one of the newspapers depicted a particularly lurid portrayal of the Euroclub as the heart of Sodom with the headline “The Devil has come to Belgrade” flashed across some rather timid pictures of men dancing together and a same-sex couple in an embrace.

The above examples are not meant to be a litany of complaints against some Eastern European countries. I rather mean to present some examples of the more extreme attitudes that LGBT fans have encountered in recent years. I didn’t go to Moscow in 2009 (although I did live for a time in Soviet-era Russia before homosexuality was decriminalised), but my experience in both Serbia and Azerbaijan was very positive, and not of such polarised views. Although agitation among the press before leaving on my trip made me more cautious about my words and actions, modifying my behaviour as a gay traveller in regard to my personal safety is nothing new.

Raising Awareness One Step At A Time

In Belgrade I visited a local gay bar with no hassle inside or nearby on the street, and in Baku the name of the (literally) underground Club 17 spread like wildfire amongst visiting gay men. By the end of the week the venue was filled with more Eurovision fans than the Euroclub itself. Talking there to local gay men (in Russian, which generally afforded me a better level of communication as English was not that widely spoken) I was told that they were comfortably out to family and friends but prevailing social attitudes made it difficult to be fully open. This struck a chord.

For me, this is a key factor in improving LGBT equality. In both Serbia and Azerbaijan I sensed a generosity of spirit in the locals I met: a desire to welcome visitors and to find out more. Sexual orientation or gender identity weren’t even on the radar for most; I was more likely to be asked about my favourite football team than whether I was one of those incoming gays. The question served as a reminder to me that in countries where LGBT issues are given little exposure they’re also not at the forefront of popular thinking. The lack of awareness, coupled with some dissenting voices and driven further by strongly conservative ideologies, is not so different from the view we encountered in the West some 30 years ago. It gives hope that social progression and increased visibility of LGBT people and their concerns can also be a driver here. Hosting the Eurovision jamboree and seeing that we haven’t really brought the devil into town may be one of the elements to ameliorate any fear for such countries in the future.

Currently same-sex sexual activity is legal in all of the countries competing in the Eurovision Song Contest, although vastly different circumstances apply in regards to legal recognition of unions, marriage equality and anti-discrimination laws. The position on legal protection for different expressions of gender identity also remains far less clear. Legislation of course can only go so far; so much depends on broader social norms, which are themselves influenced by cultural and political ebbs and flows.

Whether or not the organisers or fans desire it, Eurovision has certainly helped to highlight the issue of LGBT equality in its recent host nations. It has also highlighted the extremity of some views, making travel uncomfortable and even dangerous for some. It’s probably too early to tell whether the severity of threats has helped regular citizens to become more aware of prejudice and sympathetic to those targeted.

Ultimately, the battle for better human rights needs to remain the work of governments, NGOs and campaigners, but perhaps a stubbornly-political entertainment show does indeed have a part to play.

4 responses to “Eurovision and LGBT Rights: Is It a Party for Everybody?”