It’s A Heartache For The United Kingdom Written by Ewan Spence on March 7, 2013 | 16 Comments

The puns are easy enough to write, but then again, with such an iconic back catalogue it’s a relatively easy target to hit. Following on from last year’s experiment with a singer of statue (Engelbert Humperdinck), the BBC have went for more of the same. Bonnie Tyler (61) last appeared in the UK Top 40 in 1984 (with ‘Holding Out For A Hero‘) and the Welsh singer will be flying the flag in Malmö with a new song from Desmond Child (who has an impressive roster of songs, including Cher’s ‘Just Like Jesse James‘, Ricky Martin’s ‘Living La Vida Loca‘, and Michael Bolton’s ‘How Can We Be Lovers?‘).

I just wonder what lesson the BBC learned from last year’s adventure with ‘The Hump’ that has led them down a remarkably similar looking road? In a year when Macedonia are sending an honest to goodness ‘National Treasure’, when Spain are sending a group who easily wear the label ‘current’ and ‘successful’, and many countries are aiming for the younger demographic with their singers… the BBC have went for another ‘historical’ name.

Yes Bonnie Tyler is back out on tour, yes there’s a new album, and yes she has a fan base in Europe… but haven’t we heard these justifications before on a left field internal choice for the UK? 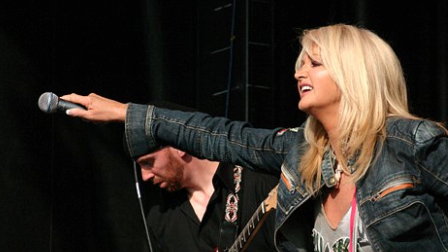 Holding out for a mic stand

Okay, perhaps people are thinking about Germany and Cascada, who have been around since the turn of the century. But they’ve never really went away, always being around the dance scene, and topped the UK singles chart as recently as 2009. Compared to Tyler, Natalie Horler is as current as a Will.i.am-produced Girls Aloud track.

What’s upsetting is that the choice of artist seems to be from the same mindset as 2012 – a year where the United Kingdom was perilously close to being at the foot of the table. Only Tooji’s off-key singing prevented that (and arguably if Sofi Marinova had qualified instead of Tooji, the Balkan cultural vote would have meant the UK would have had another 26th place trophy to display alongside Jemini’s).

Tyler can still command the stage, as footage from her current tour ably demonstrates, but the Eurovision Song Contest is more than the time on stage. It’s not a place where you can rely on the old standards to warm up the crowds and get them onside. A song needs to be instant, a performer needs to be charismatic and connect to the audience in the arena (for the atmosphere) and down the camera lens (to gather the votes). It’s an intensive two weeks of rehearsals, interviews, PR moments, and TV spots. You might be healthy going in, but as many singers have found to their cost, your health can be your own worst enemy (or is that the result of enjoying too much Euroclub?).

It’s not your average music tour, and a Eurovision song is not your normal three minute song.

When you look through the line up this year, not one song has the rock-star arrogance to stand up and say ‘Eurovision belongs to me’ (although in the opinion of this author, ‘Glorious’ does come close). Frankly, the United Kingdom were being presented with a clear opportunity to do something special. While there could be no guarantees, a big star name would command a running order placing very close to the end. A stormer of an up-tempo number, professionally performed and marketed, would click with the viewers, and would be fresh in their minds as voting opened.

With the best will in the world, in 2013 Bonnie Tyler is not a star name who can close out a running order.

Would it have been a risk for performers such as the aforementioned Girls Aloud to take to the Eurovision stage, risking their legacy for a clear shot at victory? Yes…but the upside of the gamble would have been immense. A platform of over 100 million TV viewers; the resulting career boost of a successful appearance with a modern song (and while Loreen is the obvious comparisons, Ivi Adamou’s charting around Europe shows that you don’t need to win to see the positive benefits); and the honour of winning for your country. We’ve no doubt here at ESC Insight that Tyler will do her best, and the same spoils of victory are on offer, but it’s a much harder task for a Tyler to win than a Cole. 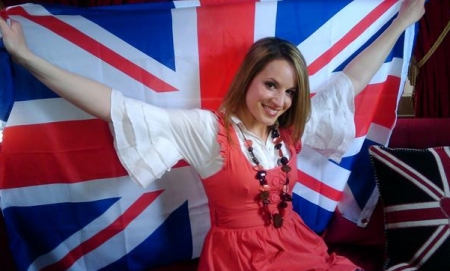 Never has a song had a more appropriate title…

Every year the UK fans head out to the Contest, wrapped in the Union Flag, standing behind and supporting the chosen act. Maybe they thought that this year they could put a bit of hope and glory into their support, but it looks like the best 21st Century UK entrant trophy is going to stay with Jessica Garlick for another year.

16 responses to “It’s A Heartache For The United Kingdom”