What Is This Eurobash Thing Anyway? Written by Paul Marks-Jones on October 25, 2012

This weekend is the annual Eurobash organised by the Eurovision Fan Club, OGAE. ESC Insight will be there, but to explain a little bit more about the event, we’ve invited UK President Paul Marks-Jones to explain.

Eurovision gatherings come in many guises; whether it be to vote on who should go to the contest each year, who should have been at the contest this year, or just to enjoy the music and performances of some of our favourite stars. But they all have two things in common…

The fans are always right and they are great fun.

One of the main events each year is OGAE’s Eurobash. Usually in September or October, this event has been uniting fans from across the UK (and the globe) since the late eighties.  Back in those days it was called ‘The OGAE Convention’ and seemed to attract just a handful of hardcore members. Not to be deterred, the Convention kept going and through thick and thin, not just surviving, but thriving. 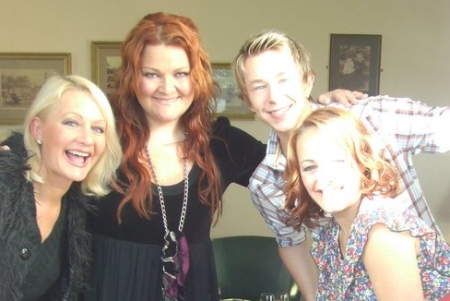 I braved my first convention, all alone and not knowing a soul, in 2003. That was in Reading. From the initial fear and nervousness to the utter madness of entering ‘Stars in Their Eurovision Eyes’ (I finished 3rd after performing in a rather cramped meeting room off the main foyer), I really enjoyed it and wanted more. So I volunteered to help at the next one because I knew it could be bigger, better, and appeal to more of the membership. Shock greeted my enthusiasm, but it was very happily accepted.

Since then, the organising team has grown and with more people involved, Eurobash has gone from strength to strength. We’ve been able to dedicate more time to negotiating prices, looking for suitable venues and searching out those elusive guests – sometimes you need a lot of persuasion. In the past the event moved around the country to a different spot each year. This had the advantage of getting to see somewhere new and for people from different regions to attend more easily. But every year you never knew what you were going to get! So once we had a very successful event in Birmingham in 2006 we decided to keep it there for another year… and then another. Each year getting bigger, slicker and better!

So we’ve done the same in Manchester. It took a bit of convincing to move it ‘so far North’, but it has been worth it. This year the ‘Bash’ sold out in record time!

And so we arrive at the Eurobash in its current incarnation. A packed day full of stuff for every type of Eurovision fan. We have…

All packed into one day! 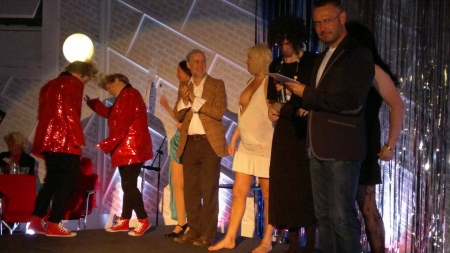 Every one of them thinks they can sing…

People keep asking us to make it bigger, but we don’t want to. Back in 2006 we had a dream of getting 100 people along… 125 was always our maximum for many reasons . If we get bigger then some of the personality of the Bash will be lost, attendees won’t have as much contact with the acts we invite along ,and the event would become less intimate.

We believe this is why a lot of people like to come , because they can actually be a real part of the day and not just a spectator. And we always look at every aspect of Eurovision, so whilst it is great to have the performers along we also like to hear the stories of other people – composers, lyricists, presenters, authors, and producers. Quite often they give us an insight that we don’t always get from those on stage.

So what’s next for Eurobash? Well you’ll have to wait and see! But one thing is for sure, it’ll keep going as long as the fans want it to, they are always right after all!