Now we know all the 42 entries for the 2012 Eurovision Song Contest, we can see the standard of entries this year is as diverse as ever, ranging from the sublime to the ridiculous. And as is now becoming customary, the majority of songs this year, twenty-eight of them, are either partly or completely performed in English. It appears that English is the lingua-franca of Eurovision music.  As Terry Wogan used to say, “Pop music is an Anglophone thing”.

However the Contest still provides a platform for nationhood and national identity. For some countries it’s not what you say, but how you say it. It’s all in the language.

Russia has famously opted to send fan favourites “The Grannies”, better known as Buranovskiye Babushki, to Baku with their song ‘Party for Everybody’. Performed in a mixture of English and Udmurt, the song is a reflection not only of the diverse languages in Europe, but in the Russian Federation itself. Russian is the official language but in other oblasts there are 27 officially recognised languages and over 100 minority languages spoken today. Udmurt is one of them; it’s the official language of the Udmurt Republic where the glamorous octogenerians (well some of them) hail from. No doubt when the group are calling for everybody to dance the residents of Udmurtia will be joining in too! 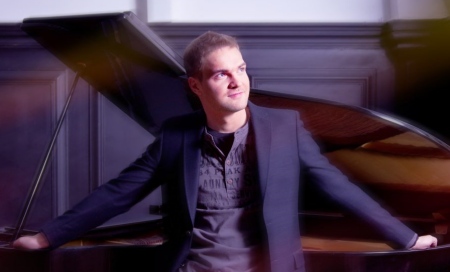 Finland has opted to send a song in Swedish, which is also an official language of the country, whilst near neighbours Estonia has decided to keep to their titular language with the soaring ballad ‘Kuula’. The last time Estonia switched to their native tongue was in Moscow in 2009 where they not only qualified for the first time since the semi finals were introduced but went onto finish sixth in the final. This would have been a sweetener for Estonian politicians such as Mart Laar given that this success took place in the former capital of the Soviet Union, under which saw extensive Russification of Estonia. Alongside national languages there are of course the dialects too and Austria’s entry, ‘Woki mit deim Popo’ will be sung in Mühlviertlerisch, a dialect of Northern Austria.

Whilst that first figure of 28 out of 42 may seem stark, delve a little deeper and the Eurovision Song Contest is arguably as diverse as it has ever been.

When the language rule returned…

In little more than a decade the Eurovision Song Contest has changed and developed into an event which is larger than ever. The free language rule, implemented in 1999, states that each country can perform in any language. However it is not a new clause for it was originally introduced in 1973 only to be dropped in 1977. It is perhaps surprising that the rule remained in force for so long particularly since the performance of that famous line in the Swedish entry of 1973, “your breasts are like swallows nesting”. Quite.

With the return to national languages came new developments in the contest, new energies and new controversies. English and French language songs continued to succeed (eleven winners between 1977 and 1998 were in either English or French) and winning songs in other languages had a somewhat international appeal. ‘A-Ba-Ni-Bi’, ‘Hallelujah’, ‘Diggi-Loo Diggi-Ley’ and ‘Diva’ to name just a few. Arguably the national language rule meant that some countries might have been seen as performing at an advantage over other nations with lesser-known languages. In 1992 the top three songs, Ireland, the United Kingdom and Malta were all English language entries (English being an official language of Malta). Similarly in 1998 two of the top three were in English and the winner from Dana International with the lyrics, ‘Viva la Diva’, was understandable in any language. By 1999 the EBU relaxed the rules and free language was back once again. As 2012 shows, this rule has not compromised diversity.

The Modern Discography of Free Language

The Lithuanian entry of 1999, ‘Strazdas’, was performed in the Samogitian dialect, spoken in Western Lithuania. Under the national language rules this would have been permitted however it’s interesting to note in the year that they could sing in any language they chose to, they opted to perform a particular narrative of national identity. Similarly Estonia entered a song in the Võro language in 2004 (there is a debate as to whether this is a language or dialect but in literary terms it is considered to be a separate language from Estonian). It was also the same year that the public had a say in choosing the entry, a way of promoting lesser-known aspects of Estonian culture in the same year that the country joined the EU.

In 2003 Belgium went even further to enter a song in an imaginary language, taking the free language rule a bit too far. The gamble worked though, Belgium came second. In 2008 they followed the same formula and yet failed to qualify to the final. Sometimes less is more.

There are of course those times when the rules of Eurovision have been pushed to the limit, and language is one of those areas. Norway’s winner from 1995, “Nocturne” is one example where they exploited a loophole and won a song contest despite the “song” being more or less an instrumental, albeit a beautiful one.

Poland’s Edyta Gorniak caused controversy in 1994 when she sang part of her song, ‘To Nie Ja!’ in English during the Friday dress rehearsal which was broadcast to the juries. Afterwards she claimed that she “didn’t know what she was doing”. It did her no harm though and to this day she holds the record for Poland’s strongest ever showing at Eurovision, second place.

The past decade has seen competing countries experiment with various language formulas. Some have tended to stick to their mother tongue, for example Spain and Serbia, whilst others such as Belarus and Denmark have consistently performed in English (although after listening to Belarus’ 2004 song you’d be forgiven for thinking it was in another language). 2001 stands out as a year when countries tried to find a middle ground; Bosnia Herzegovina, Turkey, Germany, Lithuania, Greece and France all performed in both English and the mother tongue. There is of course a danger in discussing the free language rule in this way for there is a tendency to forget that there are other languages besides English – so hats off to Cyprus in 2007 for sending a French language song to Eurovision!

Translating after the National Final

There are also those countries that choose to switch languages for Eurovision itself. Sweden’s last winner, “Take Me To Your Heaven”, won Melodifestivalen as ‘Tusen Och En Natt’ but was translated into English for the final. What was essentially a rather dated dansband suddenly turned into an ABBA-esque stomper (at a time when the ABBA’s popularity was riding high thanks to the launch of the musical ‘Mamma Mia’). In this case the transition to English worked well and Sweden were rewarded with first place. Speaking of ABBA, they won Melodifestivalen singing in Swedish before changing “Waterloo” to English for Brighton. The rest, as they say, is history.

In 2004 and 2006 Sweden’s entries also went from Swedish in Melodifestivalen into English for Eurovision and again they succeeded with top five placings. On the other hand Croatia’s entry in 1999, ‘Maria Magdalena’ remained in Croatian despite an English version being recorded. The opening line “your love got me crucified” doesn’t sound quite as appealing as the original. The country still did well though and their entry in 1999 remains the highest placing Croatian song to date. 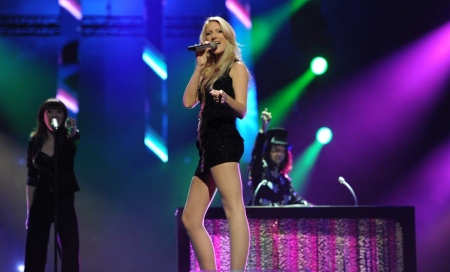 But which leg to break?

There are of course times when switching to English does not quite always fit or some things can be somewhat lost in translation. Croatia’s entry in 2011 is one example; translated into ‘Break a Leg’ before changing to ‘Celebrate’. The former being notable for the lyrics “break a leg, every step you take” whilst the latter standing out for the singer, Daria’s diction; “Salebrate”. Such are the perils of performing in a language other than your native tongue. Remember Belarus 2005? “So take your chance and fill me, I’m ready now”. Or Slovenia 1999, “harass you with my arse and love you with my hands”. It’s supposed to be family show!!

Perhaps more difficult is when entrants perform phonetically. Some do this with great ease, Dima Bilan being one example, whilst others struggle; Belarus’ Koldun in 2007 sang “yes I’m wheeling”.

It’s easy for a native English speaker to be smug or even chauvinistic about these things though. It’s difficult enough performing a song in your own language at Eurovision let alone one in another language or even one which you do not speak at all! Could we do any better?

7 responses to “Double Dutch? Choosing the Right Language for Eurovision”