The Comeback Queens, why some artists just can’t get enough Written by Ewan Spence on February 16, 2011 | 1 Comment

Jasmine Bear is another Eurovision fan marooned by distance down in Australia. Blogging at eurovisionbyjaz.wordpress.com a quick aside from here about returning artists caught our eye, and we wondered if she could answer the age old question… why do singers keep coming back?

If you’ve been keeping up to date with all the developments of Düsseldorf, you may have noticed something unusual where this year’s national selections are concerned. There are 43 countries participating (and yes, that total does still include Slovakia, Ewan!) but rather than the lists of their potential representatives being populated by new names, they are instead full of familiar ones – more than ever before.

The 2011 selections have already seen Austria’s 2003 entrant Alf Poier make another attempt at representing his country, as well as Kejsi Tola, Yohanna, Fabrizio Faniello, and Elisabeth Andreasson (better known as one-half of Bobbysocks). Those still in progress will feature such Eurovision alumni as FLY’s Lauris Reiniks, Sasha Son, Natalia Barbu, Zdob şi Zdub, Anastasiya Prikhodko, Omar Naber, and even the original diva herself, Dana International. Add to that impressive list both reigning contest champion Lena Meyer-Landrut, and Bosnia & Herzegovina’s 1999 entrant Dino Merlin, who have already been confirmed as participants, and you’ve got yourself a whole lot of Eurovision déjà vu (or perhaps div a vu) to contend with.

This wave of comebacks is certainly a boon for the mass of contest fans, but it also prompts many of us to wonder: why exactly do so many artists continue to try and represent their countries again every year? Do past results, whether great or god-awful, have a bearing on the decision? And just what are the chances of success in Düsseldorf for those members of the “been-there, done-that” club who make it all the way? 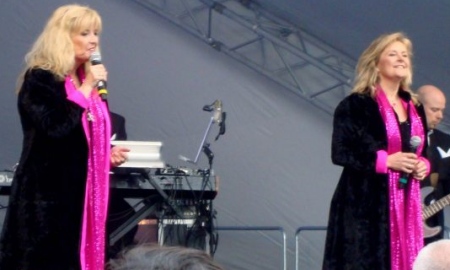 Perhaps taking a bit of a wander through the sequinned backwoods of contest history will aid in getting some answers? After all, taking multiple shots at Eurovision glory has been in vogue since before Charpentier’s “Te Deum” became its trademark. The inaugural winner, Swiss Lys Assia, and Dutch singer named Corry Brokken were the first performers to return to the contest after their appearance in the debut contest of 1956. Assia sang for Switzerland again after her victory in 1957, though rather than repeating her success, she ended the evening equal second-last –  the victor of the night was the returning Brokken. Even that was not the last Eurovision saw of the two, as she returned to defend her title in 1958 along with Assia’s third appearance. But only the latter made an impact on the scoreboard.

By singing for Europe in such a way, Assia and Brokken set a comeback trend still followed nearly sixty years on, as the lead-up to Düsseldorf has so far proven. From Cliff to Carola, Charlotte Perrelli and a certain Maltese chanteuse; Jean-Claude Pascal to Gigliola; and Anne-Marie David to Anna “Autostop” Vissi, there are more artists targeting Eurovision for the second or third time each year than not…at least that seems to be the case! It is the constant numbers they make up that makes this fan curious – curious about their motivations, for one thing.

There are some obvious benefits in returning that could go a long way to explaining the phenomenon. For instance, to the same extent that the contest can kill one career, it also has the potential to kickstart another. Performing live in front of tens of thousands of people, with a hundred and twenty five million or so more watching at home means that artists who were unknown pre-contest, or had fame limited to their own country/geographical bloc, receive invaluable exposure. Such exposure can lead to recognition on not only a continental scale, but a global one too – thanks to his appearance in Moscow, Alexander Rybak transitioned from Norwegian Idol reject to household name. His winning song Fairytale cropped up on music charts everywhere from Sweden to the UK and even Australia. If Rybak were to return, he could further capitalise on his fame and increase his fan base, as artists like Dima Bilan (who placed second in 2006 only to go one better two years later) are well aware. 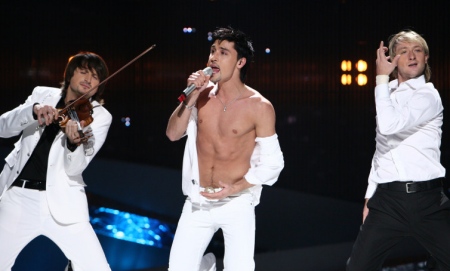 Dima Bilan returns with a Violin

In addition, the prospect of promoting their music on such a scale must be an alluring one for many of the potential participants. Since January this year, Lena has performed twelve songs in Germany’s Unser Song für Deutschland selection show (or the nationwide promotion of her ‘difficult second album’ Good News). As a result of her return and those performances that will lead to the picking of her entry, her whole album has already been promoted to the masses who sought out the songs online, eager to hear what the contest’s most recent winner would produce next. And all of this before her album was even released earlier this month! By May when she steps on stage, the album will be well and truly burned into our brains, with whichever song she ends up singing receiving even more publicity. That, for Miss Meyer-Landrut, is certainly good news.

However her reason for so rapidly agreeing to represent the home country could also be a result of a nudge from Germany. Thanks to almost three decades without a win, and few recent results worth writing home about, it wouldn’t be unreasonable to imagine that the Germans, ecstatic over her triumph, saw Lena as their reputation saviour. It’s a possibility that some artists keep turning to Eurovision because they have been solicited.

On the other hand, another reason for returning may be the personal need for an artist to redeem themselves after a bad result has deflated their sled-esteem. It has been almost eight years since Lauris Reiniks said “Hello from Mars” with FLY, which only got them as far as five points and 24th place. Why now is he vying alone for the Latvian ticket to ESC when he is already an immensely popular performer? Perhaps there is something he’s trying to prove – namely, that five points and 24th place is a statistic, and not his abilities in a nutshell. 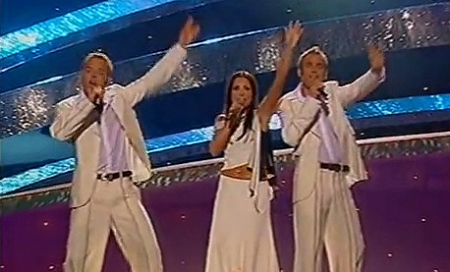 Returning artists have experienced all kinds of results over the years, ranging from lows like that of FLY to one top ten finish after the other. There are those who do well time after time – think Denmark’s Hot Eyes, Germany’s Katja Ebstein, or Sweden’s Carola who has come 5th, 3rd, and won; those who just can’t win like Kirsti Sparboe and Ketil Stokkan, coincidentally both from Norway; and those who hit the heights only to come crashing back down to Earth on another occasion – Niamh Kavanagh, Charlotte Perrelli, Edsilia Rombley, Fabrizio Faniello and Chiara (that “certain Maltese chanteuse” whose third attempt resulted in 22nd place despite her previous bronze and silver showings) are just a few who fall into this category. Such random outcomes indicate that entering Eurovision as a familiar name is neither a help nor hindrance. It also shows that despite often being dismissed as otherwise, the contest is still primarily focused on the songs, not who is performing them.

So what does this mean for the ladies and gents who make a comeback in 2011? Their previous results have also been mixed –  Anastasiya Prikhodko and Sasha Son ended mid-table and second-to-last respectively in 2009, and Slovenia’s Omar Naber hadn’t managed to pass the semi final four years prior to that; whilst Natalia Barbu, Zdob şi Zdub and Dino Merlin all finished in the top ten, and Dana International couldn’t have done any better in 1998! That, as well as the questionable influence of a pre-established name, makes it difficult to predict how well she or any of the others would do, and consequently whether they would mimic Carola or Chiara’s varying results. Time will tell.

As for the young Lena Meyer-Landrut, who like Dana experienced the ultimate outcome at Eurovision, the odds are not in her favour to be as successful in her home country as she was in Oslo. Those of us up on our history know Johnny Logan to be the only entrant to have won more than once as a performer, whilst neither Lys Assia nor Corry Brokken managed consecutive victories. Germany is just one of the countries vying for the title this year, so while Lena may surprise us all with a good result, it’s highly unlikely the contest will be back in Germany for 2012.

The truth behind the Comeback Queens (and Kings) may remain a mystery until the day we can sit each of them down and ask ‘Why?’

Personally, I don’t mind that. I think I’d prefer to leave some of the questions unanswered, and instead imagine that just like us fans who collect the merchandise, watch the national selections, promo videos and the contest itself loyally every single year, and squeal hysterically if the United Kingdom gets a point (or is that just me?) some artists just love Eurovision, and can’t help but want to be part of it.

Because you and I both know that once you’re in, there’s no getting out – and that’s just the way us Eurovisionaries like it.