The Eurovision Rise and Fall of Estonia, the Baltic Tiger Written by Paul Jordan on January 19, 2011 | 7 Comments

What does Eurovision mean to the newer countries of Europe, those that have returned to the world stage in the last few decades? Paul Jordan takes a look at Estonia, asking why the Song Contest is so important to the county as it struggles finds a place on the world stage.

In the nineties Estonia became known for its economic and political models, flat rate taxes, privatisation and wide use of the internet. It was therefore not surprising that Estonia became linked with the term Baltic Tiger. The country experienced great leaps during this period in terms of economic growth, investment as well as in the cultural sphere and became the forerunner to join the European Union.

In an effort to integrate with the wider world Estonia also entered the Olympic Games, the FIFA World Cup and the Eurovision Song Contest to name the highest profile examples. They served as a platform for promoting Estonia as an independent country, a way of “normalising” Estonia and part of the wider “return to Europe” project which the government was keen to implement. For Estonia in particular there was a special significance attached to Eurovision since they had the ability to follow the Contest during Soviet times by watching Finnish television in the north of the country. This window on the west meant that Estonians had a long-standing familiarity and interest in the contest; Eurovision had symbolic meaning for this so-called “singing nation,” to the point that clandestine fan clubs with satellite receivers, short wave radios and audio cassette copies of their favourite songs.

Estonia made their Eurovision debut in 1993, taking part in the pre-selection contest which was held in Ljubijana, Slovenia. It was the first time in the contest’s history that such a format had been used and had been brought about by a rush of applications from Eastern European countries to enter Eurovision. Estonia narrowly failed to qualify for the contest, missing out by only four points. 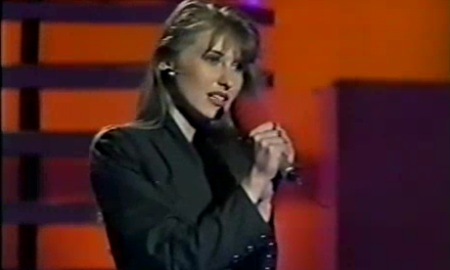 After the 1993 Contest, the bottom seven scoring nations were relegated to allow for seven debuts in 1994, one of which was Estonia. They chose Silvi Vrait with her song “Nagu Merelaine” to represent them in Dublin, but only finished second last with only 2 points. The media coverage in Estonia afterwards appears to have been fairly muted and focussed on Ireland winning for a record third time in a row and tried to put a positive spin on events with the main headline translating as “Listen to the support from the Dublin audience” (Ohtuleht 2nd May, 1994). The article highlighted the fact that only one country, Greece, had voted for Estonia. It then went onto dissect the foreign competition. The fact that such an article appeared is telling and showed that international representations of Estonia were increasingly important at this time and there was an attempt to reconcile a poor score with a positive audience reaction.

The EBU continued to experiment in their efforts to find a formula for whittling down the number of participants to get a  manageable number on the Saturday night final In 1996 a pre-selection was held with 29 countries competing for just 23 places. Estonia was one of the qualifiers with the song “Kaelakee hääl” performed by Maarja and Ivo Linna. Come May a good luck message was broadcast before each entry was performed, in Estonia’s case Tiit Vähi, the then Prime Minister appeared on-screen and sent his good wishes on behalf of the Estonian nation. Compare this to the UK for example who were cheered on by Virginia Bottomly, the Secretary of State for National Heritage; or Spain’s message which came from an Ambassador. This unique touch symbolised so much more than just a good luck message, in essence it showed how significantly some countries view such a contest in terms of raising a country’s international profile.

1996 was a breakthrough year for Estonia which finished fifth in the contest, the first top five ranking for a former USSR country. The Estonian media responded with great enthusiasm, indeed it was the main front page headline in both national newspapers, Õhtuleht and Postimees the following Monday. Eurovision was included in the editorial section of the newspaper along a caricature of the singers sitting on a flying carpet featuring the EU flag. Waving them off was President Meri with a thought bubble reading “Why do I smile? Another door to Europe opens for Estonia”.

Whilst the cartoon is tongue-in-cheek it does have a deeper significance. Europe was very much on the agenda at this time and so for Estonia to do so well in such a European institution was seen as a tremendously positive thing. Estonia continued to have respectable showings in the contest (eighth in 1997 and twelfth in 1998). However it was in 1999 that the Baltic Tiger really began to roar both in terms of economic development and in the contest itself. 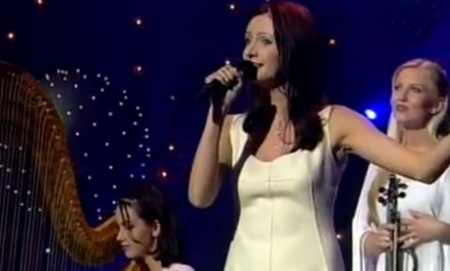 In 1999 Estonia opted to sing in English and went to Jerusalem with the song “Diamond of Night” performed by Evelin Samuel. The move to English was seen by Estonian TV executives as a way of reaching more people and therefore increasing the chances of scoring higher. They were rewarded with sixth place. However it wasn’t until 2000 that Estonia were considered to have a realistic chance of not only doing well but actually winning the entire contest. Ines, a popular singer at the time went to Stockholm with her song “Once in a Lifetime”. Contemporary and favoured by the bookmakers from the start, it was widely predicted to make the Top Three at the very least.

This was a turning point, certainly in the Estonian media’s coverage of the event. Eurovision was headline news in the weeks prior to the contest and during the week of rehearsals, it was the main story every single day. On the day of the actual contest the main headline in Õhtuleht asked “Can we win tonight?”

Estonia came fourth – still their best showing to date. However the reaction was not the same as the enthusiasm for Estonia’s fifth placing back in 1996. Expectations were much higher. The newspapers on the following Monday as usual reported the contest and quoted several members of the Estonian delegation’s disappointment at coming fourth. Ines was quoted as saying “If I had sung better” after some criticised her somewhat nervous performance on the night. However the Estonians needn’t have been to down in the dumps – they only had to wait a further year before they would taste victory.

Estonia won the 2001 contest in Copenhagen despite being very much seen as underdogs. “Everybody” by Tanel Padar and Dave Benton was, to put it in politically correct terms, a “surprise winner”. Generally unpopular with fans then and now, the song failed to set the charts of Europe alight, and Benton and Padar soon parted ways afterwards.

However this is not the main the point – the fact that Estonia had won is significant here. The media coverage following Eurovision was immense and it continued to be headline news two weeks after the victory. People took to the streets with flags and celebrated in the streets until the morning. This was not just any old Eurovision victory. When the team returned to the Estonian capital the next day, they were given a hero’s welcome. Later that day the then Prime Minister Mart Laar proudly spoke to the crowds and said “We freed ourselves from the Soviet Empire through song. Now we will sing our way into Europe!”

I questioned Laar about this quote and what he meant by “Europe” when conducting research for my PhD. He said that of course, winning Eurovision did not help Estonia enter the European Union per se but that the victory was symbolic and helped to promote a positive image of Estonia in the run-up to EU Accession. 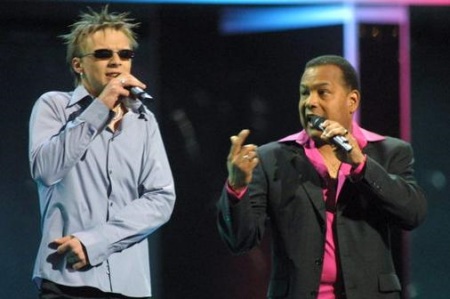 Attention then turned to Estonia hosting the event the following year; concerns were raised almost immediately after the victory something which was not helped by wrangling between the government and Estonian Television concerning the funding of the event. Headlines appeared in the UK stating that Estonia was “too poor to host Eurovision”. The image of Estonia became pertinent throughout this period as political leaders sought to align Estonia with their Nordic neighbours. Failure to stage Eurovision may therefore have compounded the image of Estonia as a “poor ex-Soviet republic”. Soon after such headlines appeared in the wider European press the Estonian government stepped in and guaranteed the necessary funding for the event.

Sceptics were silenced when Estonia finally hosted the contest in May 2002. It was a technical triumph for a very small television station which had managed to stage an impressive contest despite having an entire annual budget of a similar level to the actual cost of the contest itself! The hosts finished third in 2002, another strong showing. But for Estonia the only way now was down.

The period between 2003 and 2008 saw Estonia experiment with many different formulas in their National Final and in their approach to Eurovision. This period also saw Estonia fare badly in the contest for the first time since 1994. In 2003 they finished 21st which plunged them into the semi finals (thanks to the ‘relegation’ system in place) where they stayed until 2009.

2004 is an interesting year – for the first time since 1998 Estonia did not perform in English but in an Estonian dialect, Võru, which is spoken by a minority in south east Estonia. 2004 was also the year that Estonia joined the European Union and it was also the first year that the Estonian public had a direct say in who represented them on the Eurovision stage. The song just missed out on a slot in the final after finishing in 11th place. From 2005 onwards Estonia’s placings went from bad to worse – ranging from 18th at best to 22nd at worst. These were dark days for the once strong Baltic Tiger of Eurovision.

2008 also raised eyebrows as Estonia opted for a novelty act. The song “Leto Svet” was performed in various languages – one of which included Serbian. It was a joke which was lost on most, receiving only 8 points. However it may also symbolise the cynicism that Estonians felt towards Eurovision. It could have been a case of “been there, done that”. Russie and Georgia went to war after the 2008 contest (but not because of the Contest – Ewan). It was announced that Estonia were considering pulling out of Eurovision in 2009, due to be staged in Moscow, as a show of solidarity with Georgia. However participation in the event was still seen as important for Estonia’s image and their participation in the event was given the final green light when Georgia themselves announced their intention to enter. With an overhauled National Final Estonia were rewarded for their efforts in Moscow by qualifying to the final and finishing in sixth place,their best showing since 2002. 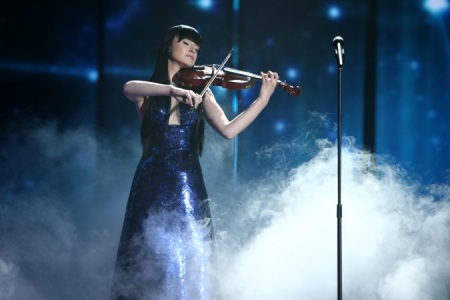 Estonian Television, like many European broadcasting corporations, faced massive financial difficulties in 2010 and it was announced that Estonia may not be taking part in Eurovision in Oslo. However Enterprise Estonia, a group responsible for marketing Estonia abroad provided funding and Estonia were once again in Eurovision.

Sadly they did not qualify for the final once more, a return to the familiar recent form. However 2010 does show that despite winning and becoming cynical towards the event, Eurovision is still seen as a credible opportunity for promoting Estonia internationally. It is clear that the story is far from over and I for one am looking forward to finding out what Estonia has in store for us in 2011.

7 responses to “The Eurovision Rise and Fall of Estonia, the Baltic Tiger”