A dead ringer for Eurovision Written by Ewan Spence on January 6, 2011 | 1 Comment

What do Celine Dion, Katrina Leskanich, Dave Benton, Corrine Hermes and Vicky Leandros all have in common? Apart from winning the Eurovision Song Contest?

In the world of Eurovision, those singers have all won the competition for a country that is not their own.

Dion of course is the most famous ringer, with the French Canadian singer taking Switzerland to only their second victory, but Leskanich’s victory for the UK with Love Shine a Light (as part of Katrina and the Waves) was almost as important to the UK’s credibility in the Contest at the turn of the century.

Even though there’s a healthy trade in composers and lyricists between countries (such as Hanne Sorvaag, who has writing credits for Germany 2008, Norway 2010 and Georgia 2010), it seems that taking to the stage for the actual performance is still something that emotionally follows national lines. While there are some notable exceptions (such as Cyprus choosing Jon Lilygreen, from Newport in Wales and escaping the semi final for the first time since 2005), the successful Eurovision winner will almost always be home-grown.

Eurovision is a world stage not just for the performers, but for the countries as well, and the majority of the broadcasters are fully aware of the responsibility they carry. With millions of viewers around the world watching, this might be the only time in the year that someone watches anything from Latvia. It is vitally important to these countries that they are seen to be Latvian, Armenian, or any of the other countries on stage.

If that means getting in a multi-cultural writing team to give a singer the best possible chance to project an image of their country, so be it. But for the singer to be from somewhere else? What kind of an image is that to portray to the world? 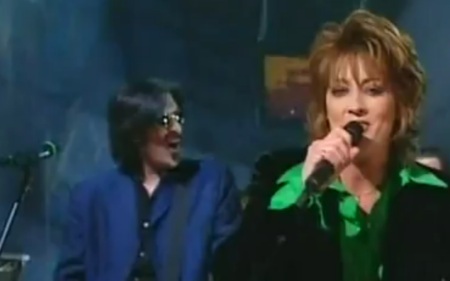 The Americans turn up late and save the UK.

Attitudes to foreign singers have hardened since Leskanich won for the UK (don’t forget Dave Benton may have won the contest in 2001, but he was sharing the bill with Estonians Tanel Pader and 2XL) and the vast majority of performers are now home-grown.

Probably the most famous example of ringing is Anastasiya Prykhodko. The Ukranian folk rock singer sung for Russia in the 2009 contest in a hailstorm of bad press, recriminations and allegations. Having been disqualified from the Ukranian selection that year, she applied for and subsequently won the Russian national final. Which did not go down well at all. Valeriya, the losing finalist was adamant that  “a song performed in Ukrainian can’t have anything to do with Russia”, while record producer Yana Rudovskaya feared “…we won’t even make it into the Top Ten.”

Which proved to be the case, as Russia’s years in the top three were brought to an end with an eleventh place. Some might say this was Russia making sure they didn’t have a back to back victory and hosting duties, but as Bill Hicks would say, you would be “a fool and a communist” to think that.

It’s also really hard to represent another country in the 21st century Eurovision unless that country has made a conscious decision to look outside their border. Last year UK comedian Justin Lee Collins’ quest to “sing in the Contest” failed at numerous first hurdle as he worked his way around Europe’s National Final circuit trying to get into the selections. The closest he managed was to get on the long list for Ireland with a Ronan Keating penned song but he wasn’t selected for the Irish final. (Keating of course had already tasted success as a songwriter for Brink in 2009). 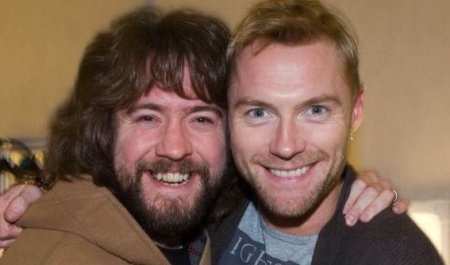 JLC and Keating on the brink of Eurovision failure.

In the modern Eurovision, the use of an obvious ringer will likely lead to a backlash, especially from the fans in the country that’s drafted in a singer. Cyrpus’ choice of Lilygreen raised many eyebrows on the island, and it’s notable that of the 2011 entrants, those that made the final were all of Cypriot decent. It will be interesting to see how Romania will fare with Hotel FM in Germany. Lead singer David Bryan is actually from Doncaster in the UK, although the rest of the band are from Romania, and are plentiful enough to have the band pass the nationality requirement by broadcaster TVR.

Azerbaijan are also toying with Nikola Barklay, a Scottish primary school teacher now working in the country. While failing to win her semi-final and progress, she was awarded an unmentioned until that point wild-card. The suspicion is that her presence is more towards gaining press in Western Europe during the National Final period and that a native will represent the country when May 2011 comes around.

Even with all the fan discussions and dreams of a big name being shipped in for a country (such as the mutterings of Katie Melua for the United Kingdom), it’s not a route to success. It’s not even a route to the left hand side of the score table. While the back room team of dancers, stylists, composers, lyricists and management can be a massive melting pot of nations, it seems that now more than ever the performer at the sharp end needs to be from the country they are singing for.