The truth about politics at the Eurovision Song Contest Written by Paul Jordan on November 18, 2010 | 12 Comments

Paul Jordan is reading Central and East European Studies at Glasgow University, and is currently working on his PhD on Building Political and National Identity.

With his research concentrating primarily on national branding initiatives and the role that Eurovision plays, he’s perfectly suited to looking at the deeper cultural impact of the Eurovision Song Contest, here at ESC Insight.

The Eurovision Song Contest is an event which practically everyone has an opinion on, an annual European ritual which offers a talking point in offices from Iceland to Israel. However if you ask the average person in Britain what they think of Eurovision, you can bet money on it that they will mention that dreaded word, politics. “It’s all political” is one of the phrases regularly trotted out by the media and public alike.

What is interesting however is that the European Broadcasting Union insists that the competition is not a political event. So what is the truth of the matter? Lets look at the history of politics in Eurovision and examine some of the critical discussion in an attempt to shed light on the issue.

The 2007 Eurovision Song Contest semi final, where all ten qualifiers came from east of the Danube, inflamed the passions of critics of the contest; on the surface of it they could claim that the contest had been “hi-jacked by those pesky Eastern Europeans.”

However the accusation that Eurovision is ruled by politics is nothing new. In fact it could be said that Eurovision, by its very inception was a political project, designed initially by Marcel Baison of the EBU as a platform for promoting European unity in a post World War II, Cold War context. The rhetoric which came to the foreground after the 2007 semi final results showed that the shadow of the cold war is never far away. Comments from some fans present at the event suggested that they too thought that Eurovision was inherently political these days, something which was usually espoused mainly by critics. 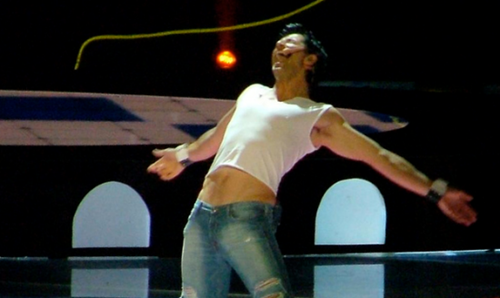 The truth is that Eurovision, to some degree has always had political elements. Voting blocs and allegiances have always been present, this is nothing new. The 1968 contest is an example of conspiracy theories which have continued today. Yugoslavia, the only communist country taking part in the contest cost Cliff Richard his victory, which went to Franco’s Spain. A few years ago it emerged that Franco was alleged to have bribed judges from across Europe in order to win Eurovision to promote a positive international image. These rumours have never been proven but they perhaps hold slightly more water than the arguments put forward nowadays.

When Russia came to win the competition in 2008 it was the culmination of this movement towards the east, away from Eurovision’s original heartland and into a new phase of the competition that left many feeling somewhat underwhelmed and others downright outraged. Yes Dima Bilan isn’t everyone’s cup of tea and he may have won thanks to the votes from many ex Soviet Republics but can this really be evidence of “politics”?

Isn’t that too simplistic a label to put on this, because to delve deeper would actually involve thinking outside the box.

Whilst many Russian speakers living in these countries may have voted for him, the fact that they did does not necessarily prove that Eurovision is any more “political” than it has ever been. Take The X-Factor voting for example – Mary Byrne is undoubtedly popular but is also surely relying on the Irish vote. Those who vote for her don’t so much out of “politics” but more due to good old fashioned patriotism. In the case of Bilan, he’s also a huge star known across the whole region.

If the argument that Russia only won because of the republics voting then how come it took 14 years for them to score their first victory? 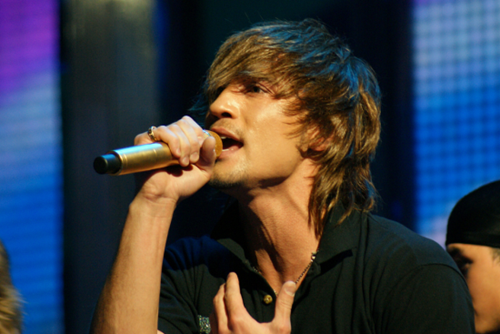 Of course if we are talking about political messages in Eurovision then that’s a different issue entirely. Eurovision has routinely been used by both participating nations and acts themselves as a platform for promoting various political causes. Immediately after the collapse of communism and the Berlin Wall, the contest was used to express the events at the time. The 1990 contest featured songs such as the the Norwegian entry which made reference to Berlin’s Brandenburg Gate. Ireland’s song was called “Somewhere in Europe”, Austria pleaded for “No More Walls”, Germany’s effort was called “Frei Zu Leben” (“Free To Live”). The winner from Italy called for a united Europe.

The contest has also routinely been used as a platform for political statements. The Turkish invasion of Cyprus in 1974 had implications for the Eurovision Song Contest, the most noticeable being the voting between Greece, Turkey and Cyprus. Greece withdrew from the contest in 1975 when it was announced that Turkey would enter, and neither country took part in the same contest until 1978. The Greek entry of 1976, “Panaghia Mou, Panaghia Mou” (My Lady, My Lady) was a direct protest against the Turkish invasion. The lyrics included references to napalm ruins and fields of refugees. It shows how the contest has reflected political events in Europe and highlights the symbolic value of the contest in terms of nationalist politics as neither country were willing to share the same stage.

Greece and Cyprus have become infamous for awarding each other the maximum twelve points every year whilst giving very few, if any, to Turkey. When Cyprus broke with tradition in 2003 and awarded eight points to Turkey, it did not go unnoticed when the spokesperson declared ‘Europe, peace to Cyprus, Turkey eight points’ (Melani Steliou, Eurovision Song Contest 2003). This highlighted the political relevance of the gesture, it represented a change in the way the relationship between Cyprus and Turkey was imagined.

It is interesting to note that this occurred at a time when both sides of the divided island were moving closer together as a result of the ongoing peace talks. However, it should be noted that some Greek-Cypriots accused the state-run Cypriot broadcasting authorities of rigging the vote. Similarly, points exchanged between Greece and Turkey have increased in recent years and has been attributed to the so-called ‘earthquake diplomacy’ of 1999. 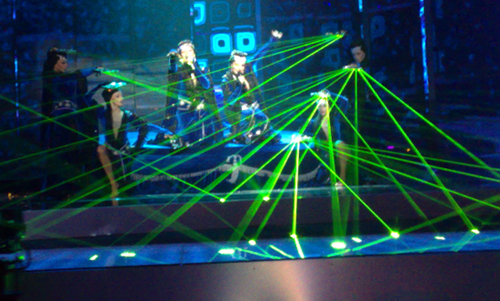 Eurovision in 2009 was perhaps one of the most politically charged in recent years. Georgia who initially withdrew from the contest after the 2008 war with Russia, chose to enter the contest in Moscow with their entry “We Don’t Wanna Put In”. This was deemed to have political connotations and Georgian TV were asked to submit a different song which they declined to do, this  in itself could be evidence of Eurovision being used for political means. Furthermore a series of disputes between Armenia and Azerbaijan which unfolded throughout the live broadcasts of the semi-finals and final. During the semi-finals, an introductory postcard leading into the Armenian performance depicted, amongst other monuments, a statue located in Stepanakert, capital city of the unrecognized Nagorno Karabakh Republic, which constitutes a part of Azerbaijan.

The statue was built in Soviet times to celebrate the Armenian heritage of the area. Azerbaijan complained to the EBU that the video clip was unacceptable based on the fact that Nagorno-Karabakh is a part of Azerbaijan, and it was subsequently edited out for the broadcast of the final.

In retaliation, the presenter of the Armenian votes held up a clipboard with the monument’s picture on it multiple times as she read off the votes, and in the background a screen in the capital’s main square could also be seen to display the disputed monument. Again, an example of Eurovision being used as a vehicle for nationalist politics, displayed to a global audience.

In August 2009 the BBC reported that several people had been questioned in Azerbaijan after their votes for Armenia were traced by mobile phone service providers. According to the BBC “One man was accused of being unpatriotic and a “potential security threat” after he sent a text backing Armenia’s song…the Azerbaijani authorities said people had merely been invited to explain why they voted for Armenia”. The issue was investigated by the EBU and whilst they did not find grounds to pursue the matter they have included a new clause in the competition rule that mobile phone providers are prohibited making personal details of clients public as happened in Azerbaijan. 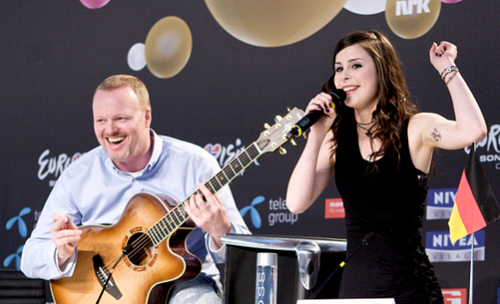 In 2008 the European Broadcasting Union re-introduced the juries in Eurovision, undoubtedly bowing down to pressures from western broadcasters who claimed that the competition is inherently unfair and that political and diaspora or neighbourly voting is out of hand. The fact that the juries were brought back and that countries were divided into allocated pots, separating the Balkan countries, to name one example, may be seen as a vindication for those who say that Eurovision voting is “political”.

The Balkans is a good example where most countries know each other’s singers, they have a share culture and language. Voting for a popular star representing Croatia when you live in Bosnia Herzegovina is hardly a political deed. As this article has highlighted, politics and Eurovision are linked absolutely, Eurovision is an event manipulated by a number of actors.

However for those who say that the voting is inherently political, it should be pointed out though that Eurovision is a piece of entertainment on a Saturday night. Do we really think that people who watch Eurovision really care that much about it? Also if Eurovision really is so corrupt and that the UK for example can never win because the event is “political” then why have we recently seen victories from Turkey, Israel and Russia? These are hardly “politically correct” countries to vote for in Eurovision.

Surely the fact that Germany won by a landslide, winning the popular vote as well as the jury vote shows that to call Eurovision political is not only doing it an injustice but also glossing over the complexities of this competition, which has always been there and look like they always will be.