Myths, Legends, And Questions: How To Talk To The British About Eurovision 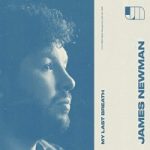 As James Newman prepares to sing for the UK at Eurovision, Ellie Chalkley answers the top twelve burning issues around the United Kingdom at the Song Contest.

Last place at Eurovision? They can stop the sting