Was Eurovision 2020 The Contest Of The Racial Watershed? 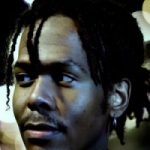 In a turbulent year for the BAME community, Fin Russell talks about the lost opportunity of Rotterdam 2020 and his hopes for BAME representation in future Song Contests.

iTunes | RSS
Will you be listening to all the potential winning songs?

Will you listen to the songs that are competing in the national Finals around Europe, or wait till we know the results? That’s the question in this week’s Insight Poll.

The entire Junior Juke Box Jury team pitch in as we recap the top five songs from Minsk and the 2010 Junior Eurovision. How did the lie performances of Belarus, Georgia, Serbia, Russia and Armenia go down with the judges?

The problem with Eurovision in the UK is Wagner

When the biggest plea of Eurovision fans in 2011 is likely to be “please don’t choose Wagner for Düsseldorf” and the tabloid press are set to crucify anyone who hints of participating, what hope is there for a respectable UK entry?

Azerbaijan start their National Final heats while the third round of the Ukrainian finals sees a familair Eurovision face. Armenia take the Junior Eurovision crown (more on that this Friday) and more names for the Swiss final come out.

“Love is War” but it was a rebirth for Vanilla Ninja

In the eternal war between Pirates and Ninjas, the Vanilla Ninjas have kept a hold of the Eurovision crown. A band that has continued to mature, their fourth album, Love is War, is a slice of pop-rock that’s both accessible and personal to Lenna, Katrin and Piret.

Was “Mama” the right song to win Junior Eurovision?

Armenia’s Vladimir Arzumanyan won the Junior Eurovision 2010 and in this week’s poll we want to know if you think the right song won the contest?