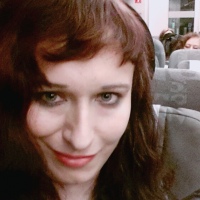 Which 2020 National Finals Sent The Right Artists To Rotterdam? Written by Elaine O'Neill on June 2, 2021 | 1 Comment

As the ESC Insight team return to normal life after the uniqueness of the 65th Eurovision Song Contest, Elaine O’Neill looks back over the National Final season to find out which broadcasters made the correct song choice for Rotterdam… in 2020.

A strange thing started happening in early 2020, something almost unprecedented in Eurovision National Final season – a competing song in a ational selection started going viral across Europe, not only long before it reached Eurovision, but before it had even won the selection.

Daði Freyr, a runner-up from Söngvakeppnin 2017 with ‘Is This Love?’, was taking part again with ‘Think About Things’, a funky pop ode to his newborn daughter with an infectious hook. Although not initially the favourite – that role went to Iva’s haunting ‘Oculis Videre’ – his music video, released in early February, started quickly gaining attention, including surprisingly from figures well outside the Eurovision bubble such as Hollywood actor Russell Crowe in a tweet on February 19th, a mere five days after the music video was released.

By the time Daði was singing in the Söngvakeppnin 2020 final, the track was already appearing in Spotify viral charts across Northern Europe from Ireland to Lithuania. Understandably, Iceland voted for him and his band to go to Rotterdam.

The cancellation of the 2020 Eurovision Song Contest came as a massive blow to Daði perhaps more than any other competitor that year, as despite the contest no longer taking place, ‘Think About Things’ continued to gain momentum, receiving accolades from celebrities including Pink and James Corden, and even having a segment on UK comedy show ‘The Last Leg’. Had the Song Contest taken place in May 2020, there was no question that the Icelandic Nerdcores were one of the hot favourites.

Replicating that energy and hype for 2021 always seemed a tall ask. ’10 Years’ was still highly-rated, and used the temporary back-up vocals rules to include a choir made up of hundreds of fans, the hype train from the previous year never quite got back up to speed. The bad luck seemed compounded when members of the band received a positive test for COVID in Rotterdam, leading them having to use their second rehearsal footage in the Semi Final and Grand Final instead.

Was he successful? Very much so, coming Top 5 despite the considerable handicap of relying on rehearsal footage. The Icelandic delegation choosing to not reveal the footage as not live certainly helped – many viewers did not even notice the band were technically absent. Whether they gained their success through lingering recognition and appreciation from ‘Think About Things’ it is undeniable that Daði was a huge success story for Icelandic Eurovision, and his future as an artist seems very rosy.

Ukraine Was Right To Send Go_A

Going into the 2020 Song Contest, Ukraine was one of only two countries to have never failed to qualify out of the Semi Finals, but their selection of folktronica band Go_A in a highly competitive Vidbir seemed initially to be risking that. ‘Solovey’, a dark flute-driven electro-folk song, was sung in white voice, something that had been attributed to Poland’s Tulia failing to qualify the year before, and furthermore, it was Ukraine’s first ever entry solely in Ukrainian. The risks were adding up…

UA:PBC offered offer their 2020 entrants the 2021 slot automatically, and while initial plans seemed to suggest a pseudo-Vidbir for the pandemic (A Covidbir, if you will) between several potential Go_A songs, it was the single from their new album, ‘Shum’ which caught fans’ attention, and the band decided to go with it as their entry, albeit needing to first sort out the two caveats of it being a minute too long, and also based too much on an existing folk tune.

The new version of ‘Shum’, complete with a highly distinctive music video filmed around the Chernobyl Exclusion Zone, released to an initially mixed reaction within Eurovision circles, although some of this can be put down to the drastic changes from the original single. There was still some talk of it being risky, albeit not as much as the previous year, but rehearsals seemed to change everything with a distinctive staging based on the music video that spoke both to the nature/rite of spring themes of the song, as well as its rapid rave sound. Ukraine’s odds seemed to shoot up as May unfolded.

At the time of writing ‘Shum’  is first in Spotify’s Global Viral Chart, and also within the straightforward Top 100 Global Chart. Their televote was second overall, with only Italy’s winners Måneskin ahead of them, something significant in such a competitive year with televote magnet songs from countries such as Lithuania, Iceland, and Finland, and their overall fifth place finish was their best since Jamala’s victory in 2016.

A strong showing on TikTok and the second highest level of fan-art (again behind Måneskin) indicate that Go_A’s performance will be one that will enter the Eurovision history books, and be fondly remembered years from now. Ukraine do seem to be very good at that, and thus their risk in 2020 paid off in spades.

Malta Was Right To Send Destiny

Destiny Chukunyere’s victory in the 2015 Junior Eurovision Song Contest with ‘Not My Soul’ was so powerful and so convincing that she has long been regarded within the Eurovision community as a potential winner at one May in the future. With Malta having switched their traditional National Final out for offering their Eurovision slot to the winner of the Maltese edition of The X-Factor instead, it seemed like her time had truly come when she entered the 2020 edition of the show, mentored by Malta’s own Eurovision runner-up Ira Losco.

While there was every expectation that Destiny would win X-Factor – Malta was well-aware of her 2015 JESC victory – her powerful voice and stage presence helped convince anyone who hadn’t got the memo, and so with her victory there, she finally got her chance to step into the spotlight of the Eurovision stage. Now she just needed a song. Destiny’s 2020 song, ‘All Of My Love’, felt a slightly odd fit, which made sense when the original destination for the song, Bulgaria 2016 and Poli Genov, become clear.

When 2020 was cancelled, this provided the Maltese delegation another opportunity to cast Destiny as the returning queen come to take her crown, and they did this with the electro-swing influenced ‘Je Ma Casse’” which drew a strongly positive response immediately and saw Destiny take the favourite slot in the odds for Rotterdam 202.

Hopes for a victory seemed to dry up once rehearsals got fully underway, yet seventh comes as a disappointment given the hype in the run-up to the Contest.

Irrespective of the questions being raised by the Maltese media, Destiny still achieved Malta’s best result since 2005, eclipsing her X-Factor mentor Ira Losco’s most recent effort in 2016. The message to Malta here has to be that Destiny still has the potential to be a future Eurovision winner – just maybe not in the next few years.

Serbia Was Right To Send Hurricane

Serbia has been one of the more reliable Balkan nations in recent years, qualifying in both 2018 and 2019 without much trouble but also without much excitement.

The members of Hurricane throwing their respective hats into the Beovizija ring in 2020 changed that. They were favourites right from the start, with a considerable following across South-Eastern Europe, with their only real challenger being Andrija Jo with ‘Oči Meduze’. In the final, Hurricane’s high-energy ‘Hasta la Vista’ gained almost 20,000 votes (as well as top marks from the jury), with Andrija being the only other artist to get over 10,000 votes, a ringing endorsement for the trio who already had Eurovision experience in the form of Sanja Vučić’s participation in 2016, as well as Ksenija’s father being Montenegro’s Knez.

Hurricane has a very distinctive, very confident sound – you know what you’re getting with such a group – and so when 2020 was cancelled and 2021 rolled around, they followed a similar template, with ‘Loco Loco’” also having K-pop influence.

While Hurricane’s strength petered out to a mere tropical storm for Northern and Western Europe come Rotterdam 2021, with no points at all from countries such as the UK, Spain, Iceland, and Latvia, the girl group had strong enough appeal to earn televote 12s from several fellow ex-Yugoslav countries (as well as Switzerland and Austria), contributing to an overall mid-table finish which was also Serbia’s best placing since 2015.

In a year of relative Balkan disappointment, Hurricane’s energy and confidence proved that Serbia playing to their strengths with an established regional name and sound can still yield good results. Could this mean more Balkan pop in 2022? We shall see.

Lithuania Was Right To Send The Roop

Lithuania is a country that loves the Eurovision Song Contest. This was something made clear to me in February 2020 when I attended the final of their new Eurovision national selection Pabandom iš naujo! (the delightfully named ‘Let’s try again!’), with LRT’s Head of Delegation, Audrius Giržadas, explaining to me that Lithuanians really wanted to achieve success in the Song Contest they hold so dear.

The new format and change in attitude among the broadcaster had attracted a high calibre of Lithuanian artist and the final was extremely strong, with the standouts being Moniqué’s haunting ballad ‘Make Me Human’ and returning band The Roop’s ‘On Fire’, a dance-rock banger built partially around frontman Vaidotas’ distinctive vocals but mostly around a high-energy complex dance routine, whose choreography became a meme in Lithuania. Before the show The Roop held a flashmob outside the venue with a hundred fans all doing the difficult dance in sync. There was a palpable sense that Lithuania was entering a new era of Eurovision, that the country’s passion for the Contest was finally being channeled into its entries, that the time of disappointment was over.

On the night, The Roop won convincingly, their televote of 50,000 votes comfortably eclipsing that of all the other acts put together, and the momentum felt like it would continue right through to May. Unfortunately, Russia’s selection of Little Big seemed to derail plans, as The Roop would struggle to do a zany meme dance against the group who became internationally famous over their own meme dance entries…

Of course we all know what happened next. Some broadcasters carried forward the 2020 selections, while others started a National Selection process all over again. But that’s for later this week…

One response to “Which 2020 National Finals Sent The Right Artists To Rotterdam?”