With the release of the full televote rankings and the individual rankings for each jury member, we can look at the differences between the two camps. John Egan compares the results of a 100% jury vote to a 100% televote in the first of a series of articles on ESC Insight looking at the voting issues and trends of Eurovision 2014.

Kudos to the EBU and the Eurovision Song Contest team for embracing transparency for the 2014 Song Contest. For the first time ever, we officially have the a complete split between jury and televote rankings, and the detailed ranking of all jurors. Which means we can, thanks to the magic of Excel, coffee, and a bit of time, look at the songs the jury voted for versus the televoting scores across the watching countries.

…And Now, Some Caveats

There are a few things to bear in mind. First, not every country had both a televote and a jury vote in the Grand Final. San Marino never has a televote, since it uses Italy’s phone system, and the small number of televoters would struggle to meet the minimum voting threshold; Albania’s televote didn’t meet the minimum threshold (again); and Georgia’s jury vote was disqualified… the rankings across all five jurors were viewed as too similar (ie beyond the realm of statistical likelihood).

What we have not done (in this article) is combine these into an overall score: that’s not how the system works, so there’s little point in doing so. What we are looking at here are the ten songs that the jury and the public liked and voted for, by stripping away the ‘negative impact’ that ranking all twenty-six songs implies. How close in tastes are the juries and the public?

Austria’s Conchita Wurst would have comfortably won this year’s Contest were it up to the juries alone: ‘Rise Like a Phoenix‘ remains our winner. However, Swede Sanna Nielsen’s ‘Undo” moves ahead of the Dutch Common Linnets, whose ‘Calm After the Storm‘ moves back to third place. 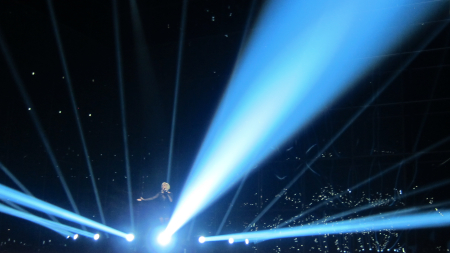 The main beneficiaries under this system would have been Malta, Finland and Azerbaijan. Malta roars up from 23rd to 5th place. Finland pops into the Top Ten at 7th (up from 11th) and Azerbaijan improves from 22nd to 8th.

Not many songs move down as dramatically, though Russia’s Tolmachevy Sisters slide from 7th to 14th. Here’s the Jury ranking:

And the winner is… still Austria but by an even larger margin, over 100 points ahead of The Netherlands, who retain  second place. Armenia would take the bronze and Sweden would drop into fourth place. 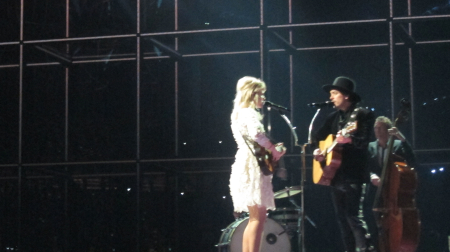 There are some striking differences to note, and questions will be asked about the difference between jury and public votes (and we’re delighted to see many mainstream publications picking up on some of these issues). Poland rockets up from the combined 14th place to 5th in the public vote – the jury vote dragged ‘My Slowanie (We Are Slavic)‘ down and out of the Top Ten.

Switzerland leaps up from 13th to 8th place, while Romania’s Paula Selling & Ovi squeak into the Top Ten with ‘Miracle‘, a modest two place improvement on the combined placing (note that the juries had them down as 18th).

Who was carried a bit by the juries? Hungary and Norway. ‘Running‘ tumbles from 5th down to 11th. Out of the Top Ten if the vote was based on the public alone.  Carl Espen’s ‘Silent Storm‘ ended up 8th overall, but was ranked 15th by the public.

To Mix Or Not To Mix

Thankfully there was agreement over the winner of the Eurovision Song Contest 2014: the current 50/50 combination, the 100% jury score, and the 100% televote aggregate scores, all put Conchita Wurst in first place. But some participants’ results were much more variable – to an extent that impacts the final rankings in a number of significant ways.

If we look at patterns in these votes, we see some changes worth noting. The Juries would have put four Nordics and two ex-Soviet entries in the Top Ten. The televote shifts that balance to three ex-Soviets and only one Nordic (Sweden). The lone Big 5 Top Ten,  Spain’s Ruth Lorenzo, dances down to 18th in the televote.

Returning to the first point, it is important that the Eurovision Song Contest is not only fair to everyone involved, but seen to be fair. Publishing the full voting breakdown is a wonderful step in that regard, even though it has raised many questions that in previous years would simply be hidden away out of sight of everyone but the organisers.

There’s no right answer that will satisfy everyone when judging the Eurovision Song Contest. It’s very easy to say 50/50 jury/televote, but the devil is in the detail. Although the winner of this year’s Contest is clearly not in doubt, there have been years when the data available suggests that the jury and televote were not in agreement (according to the figures released by Eurovision.tv, the 2011 jury placed Italy first, while the eventual winners Azerbaijan topped the televote).

The wildly different opinions of Malta and Poland in 2014 are far more out of sync than any split result in previous years. There’s a general feeling that something is ‘not quite right’ with the voting system this year, and we here at ESC Insight would be interested to know if the issue is going to be addressed by the Reference Group at their next meeting.